A Thai government department has joined forces with a Geneva-based anti-torture group in a three-year project to create awareness and provide training aimed at reducing torture by state officials.

The Rights and Liberties Protection Department and the Geneva-based Association for the Prevention of Torture (APT) aim to have create awareness about state torture, promote the exchange of information between related agencies, provide related training and formulate a handbook for torture prevention.

A memorandum, signed on Monday between department chief Pitikan Sithidej and association representative Shazeera Zawawi, will be in effect for three years – the period in which the activities and seminars would be held – and is renewable by mutual agreement.

APT’s Zawawi said each country is required by international law to prevent state officials from torturing people who have no bargaining power, and Thailand has put torture in its criminal code.

Zawawi said torture has three components: an action inflicts serious physical or mental injury on another person, the action is intentional and not done through reckless behaviour, and it is done with the specific objective of obtaining a confession from a powerless victim.

Her organization will provide legal and technical expertise to the Thai government, as well as consultation aimed at reducing the risk of torture, or related illegal actions, from taking place. They will also help the Thai authority draft a torture prevention handbook for use as a guideline.

The APT avoids a focus on condemning the actual torturers, and instead seeks cooperation to prevent and solve the problem. Still, when the public sector works with civil sector groups, it can sometimes lead to conflict, she said. 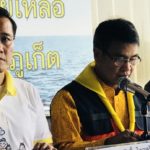 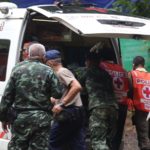 Day 2 of evacuations underway after equipment restocked for journey