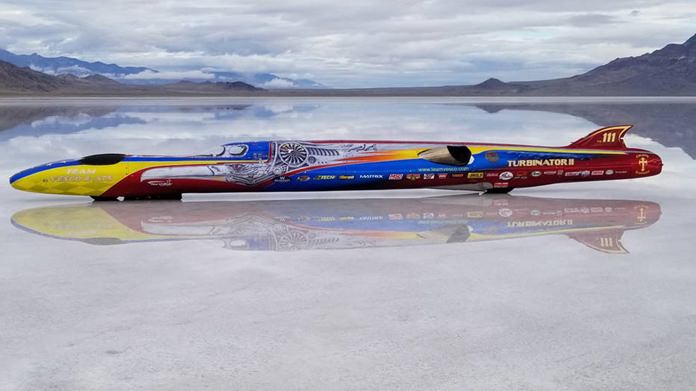 Team Vesco in the US took their Turbinator to Bonneville this month in an attempt to push their own wheel-driven land-speed record into the 500 mph mark.

Longtime Bonneville racer Don Vesco envisioned the original Turbinator streamliner as a means of capturing the all-wheel-driven land speed record, using a 4,400 horsepower shaft-output internal-combustion turbine engine. On its debut in 2001, Don Vesco accomplished his goal by setting a record of 458.440 mph; however, he hit an exit speed of 470 mph on one of his runs, leading him to believe that 500 mph was in reach, according to the Team Vesco website.

While Don Vesco died of cancer in 2002, his brother Rick vowed to press on toward that goal, and in 2013 revived the Turbinator, this time with a Lycoming T3 turbine engine developing 5,000 horsepower and driving all four wheels through a custom 2:1 reduction gear unit. Rather than pilot it himself, he enlisted Dave Spangler to drive the rechristened Turbinator II.

Just as Don Vesco’s 470 mph exit speed spurred him to reach for 500 mph, the 492 mph pass that Spangler made on the way to that September record prodded Team Vesco to return to the salt last week. According to an article in Autoweek, Rick Vesco planned to get to 500 mph by adding 400 horsepower via increasing the fuel and rpms and by tweaking the GPS-controlled software tied into the traction control and electric fuel-control systems.

Team Vesco will now have to wait until August 2019 to try and break the elusive 500 mph record.

What should also be remembered is that the previous world land speed record for wheel-driven vehicles was held by John Rhodes Cobb (born Dec. 2, 1899, Esher, Surrey, Eng.-died Sept. 29, 1952, Loch Ness, Inverness, Scot.), automobile and motorboat racer, first to reach a speed of 400 mph on land.

On Sept. 16, 1947, at the Bonneville Salt Flats, Utah, U.S., he set world speed records (not broken until 1964) for Class A (unlimited engine size) automobiles: 394.196 mph for one mile and 393.825 mph for one kilometre. Each record was the average of speeds attained in a round trip over a measured mile and kilometre; on the return lap he was timed at 403.135 mph for the mile. Both of his world records surpassed standards that he himself had set in 1939.

While trying to establish a world speed record for motorboats, he was killed when his jet-propelled craft, travelling at more than 200 mph, disintegrated. 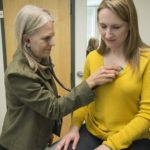