International and local hackers will try to locate vulnerabilities in its Internet-linked systems.

In a first for the Government, the Ministry of Defence (Mindef) will be inviting about 300 international and local hackers to hunt for vulnerabilities in its Internet-connected systems next year, in a bid to guard against ever-evolving cyber threats.

From Jan 15 to Feb 4, these selected experts will try to penetrate eight of Mindef’s Internet-facing systems, such as the Mindef website, the NS Portal and LearNet 2 Portal, a learning resource portal for trainees.

These registered hackers can earn cash rewards – or bounties – of between S$150 (US$111) and S$20,000 (US$15,000), depending on how critical the flaws discovered are. Called the Mindef Bug Bounty Programme, it will be the Government’s first crowdsourced hacking programme.

This follows an incident earlier this year when Mindef discovered that hackers had stolen the NRIC numbers, telephone numbers and birth dates of 854 personnel in a breach of its I-Net system.

One of the systems being tested, Defence Mail, uses the I-net system for Mindef and Singapore Armed Forces (SAF) personnel to connect to the Internet.  Source: Asia Nation 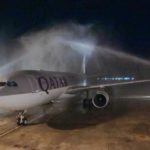 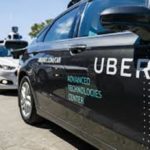