Home » Video: Child falls SIX FLOORS and is caught in a blanket

Harrowing video footage has shown the moment a toddler fell six storeys from an apartment building in China — and escaped unscathed, thanks to a group of quick-thinking residents.

The three-year-old boy is seen clinging to the edge of a condominium balcony in the south-western city of Chongqing in footage taken on Monday (local time).

Police said the toddler was alone at home when he wandered out onto the balcony, the BBC reported.

Upon seeing the child dangling from the railing, residents and condominium staff rushed to the sidewalk below with a large blanket to try and break his fall.

After losing his grip, the toddler plummets six storeys, before being caught safely by the onlookers.

“I held out the blanket, along with the others, while looking at the child,” Zhu Yanhui, a staff member at the condominium, told the BBC.

“My only thought was to keep him safe.”

The three-year-old was rushed to hospital by a neighbour, but miraculously sustained no injuries, state broadcaster CCTV reported. 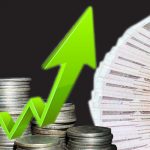 All currencies fall against the strong Thai baht

Mark KellyJune 2, 2020
Students have joined hands with labour organizations in submitting a letter urging the government to...
END_OF_DOCUMENT_TOKEN_TO_BE_REPLACED