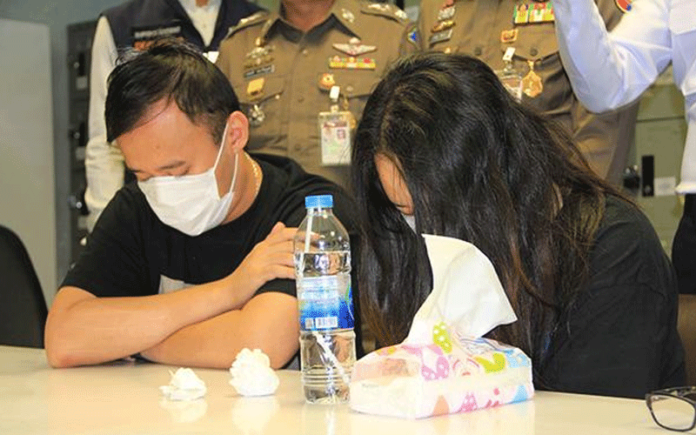 2 CHINESE ARRESTED: Two suspects of Chinese origin have been captured at Suvarnabhumi airport as they were planning to leave the country with expensive travel luggage stolen from passengers.

Tourist and Suvarnabhumi airport police apprehended Li Tze Yueng, 35, and Lou Jieying, 22, at an airline check-in counter at the airport on Saturday as they were on their way to Hong Kong.

Mr Li is a Canadian citizen of Chinese origin, while Ms Lou is a Chinese national.

Police also seized three Rimowa bags reported stolen from three passengers, including Elsie Mullers, an American tourist. The names of the other two were not disclosed.

The arrest, which was made public on Sunday, followed a complaint registered by Ms Mullers with airport police on Friday. She said she could not find her travel bag after arriving in Bangkok on an All Nippon Airways flight and waiting for the luggage at a conveyor belt for incoming passengers.

Police checked CCTV footage at the baggage claim area and other locations inside Suvarnabhumi and found the two suspects loading a number of bags on their carts before leaving the airport.

The owners of the luggage were contacted by police and they confirmed the bags found with the suspects were theirs, police added.

Police also took them to a hotel in Ratchathewi area to search their room and found more bags stolen from a Thai tourist returning to Thailand from South Korea.

Immigration Bureau acting commissioner Pol Maj Surachate Hakparn said on Sunday that records had found they had made almost 30 trips to Thailand through the airport. They travelled with carry-ons and stole baggage belonging to other travellers at conveyor belts by targeting the Rimowa brand.

The stolen bags were sold as second-hand luggage in other countries for between 30,000 and 50,000 baht, he added. 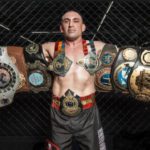 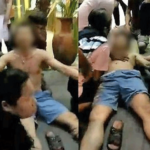