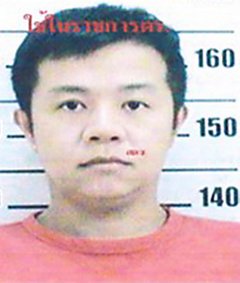 A fake surgeon accused of the manslaughter of a transgender woman has admitted he performed a breast implant operation on her and promised to provide her family with compensation for her death.

“I confess to every mistake,” Thanatpong Jittheerapirom said Sunday as police took him to re-enact the crime at his clinic in Lampang where the transgender woman, Jiratchaya Kampoon, died on Oct 29 shortly after waking up from the breast augmentation operation. He fled after the incident and was in hiding for 12 days before being arrested in Pattaya by Crime Suppression Division police over the weekend. Mr Thanatpong, a 29-year-old Bangkok resident, admitted he was not a licensed doctor. However, he said he has gained experience of cosmetic surgery after his work in other clinics assisting doctors as well as a research in the field.

He never thought Jiratchaya would die after the operation, Mr Thanatpong said, expressing his sorrow. It was the first death at his hands since he opened his Divine Clinic in May. About 1,500 other patients who had surgery with him never had a problem, he said. Police have charged Mr Thanatpong with manslaughter. An autopsy found the transgender woman died of asphyxiation. Her breathing stopped after her lung collapsed. The procedure at the suspect’s Divine Clinic in tambon Phrabat in Lampang’s Muang district was said to have cost 35,000 baht. According to the investigation, the 22-year-old woke up three hours after the operation but lost consciousness in the end. She was rushed to a local hospital where she fell into a coma. Doctors failed to save her.

Mr Thanatpong said he did not know what happened to his patient. He said he could only guess that Jiratchaya might have suffered from severe fatigue as a result of lack of sleep and food, which complicated her post-surgery condition. On Saturday, police found Mr Thanatpong at an apartment in Pattaya, Chon Buri, following a tip-off that he had escaped to the province in a grey Mitsubishi car. Officers spotted the Mitsubishi sedan outside the apartment and decided to wait until the suspect turned up and nabbed him.

Mr Thanatong was  taken from Pattaya to his clinic in Lampang for a re-enactment of the crime. He led police to an operating theater and the waiting room for patients. Police took photos as they inspected the clinic where Mr Thanatpong had worked.

The Divine Clinic was found to be operating without a licence. Further checks also found the clinic applied for a licence in May but the application was rejected. Asked to respond to an allegation that Mr Thanatpong had taken a real doctor’s name, Mr Thanatpong insisted he worked at the clinic using his own name. He explained that his nickname is “Dio” which is the same as the one belonging to a real doctor who is called “Doctor Dio.” The doctor in question is currently working at a clinic in Bangkok. However, police found a physician’s gown, with the real doctor’s name embroidered on it, in Mr Thanatpong’s office at the Divine Clinic. Mr Thanatpong insisted he had no idea how the gown was found in his office. Someone might have left it in his room without his knowledge, he claimed.              Source: Bangkok Post 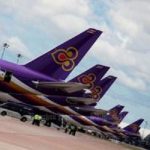