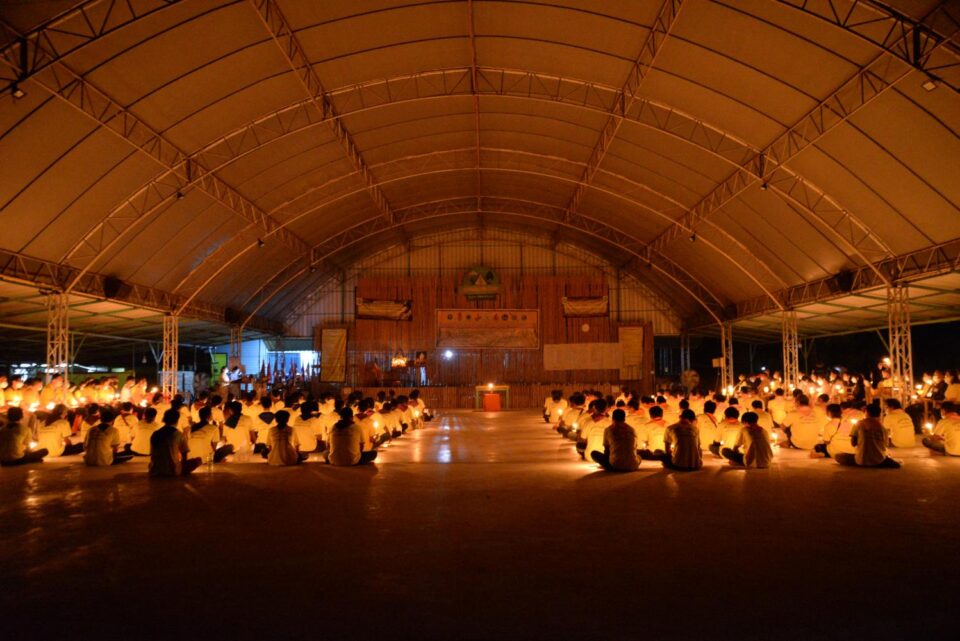 Maam, 35, was hooked on methamphetamine for 20 years and every time she was caught, she was sent straight to drug rehabilitation, without once being charged.

She then moved to drug-dealing, selling mostly to people in her village. When police caught her with 50 speed pills in her possession, Maam was no longer a drug user and was charged with dealing.

That offence saw her taken to a new drug rehabilitation programme at Phumrapee Camp in Nakhon Sawan’s Takhli district.

After just 12 days at the camp, she decided to quit drugs for good and turn over a new leaf.

The programme is a collaboration between the Kwan Paendin Centre headed by Suwat Chokesuwattanasakul and the Justice Ministry’s Department of Probation.

While the Kwan Paendin Centre has run more than 300 drug rehabilitation camps and helped improve the lives of over 30,000 drug offenders in the past two decades, this is its first time partnering with the Department of Probation.

In a recent programme at Phumrapee Camp, a total of 115 participants spent 12 days receiving vocational training and health rehabilitation and sharing their experiences.

The participants are adults who committed offences under Section 56 of the Criminal Code, but who are classed as users, rather than dealers, under the Drug Addict Rehabilitation Act, which decriminalised drug addiction.

Mr Suwat, a former governor, said the centre’s rehabilitation programme is different from those offered by other agencies.

First and foremost, drug users are treated as patients who need both physical and mental health care.

There is no punishment and no specific disciplinary action or requirement for participants to cut their hair, which is often seen as a demeaning measure.

“They don’t cut their hair or shave their heads and it makes them feel good and safe. Having no punishment can help reduce the bias of supervisors and leads to mutual respect and trust,” he said.

Thanks to the trust built during the programme, some participants are willing to give information about their drug networks and authorities have gathered information about users and dealers, dozens of whom are state officials.

He said the recent programme has interrupted a supply of 2 million speed pills.

As part of the programme, the participants share “techniques” they use in drug operations which can be categorised into five major groups: hiding drugs; negotiating to get out of trouble; avoiding checkpoints; fooling drug tests; and drug-related slang.

Witthawal Sunthornkachit, director-general of the Probation Department, said the rehabilitation scheme is based on the Wiwat Polamuang programme and the policy of treating drug users as patients and not as criminals remains.

He said those who join the drug rehab programme with Kwan Paendin Centre do so on a voluntary basis.

“The programme is different and while it has its strengths, there may be some weaknesses. The participants could face threats or harassment from sharing information,” he said.

However, he pointed out the information supplied by the participants still has to be investigated and verified before further action can be taken.

Mr Witthawal said the department has two drug rehabilitation centres, one in Pathum Thani and the other in Pattani, and more are in the pipeline.

The participants spend 12 days doing various activities under the supervision of trainers, officials from the Department of Probation, as well as police. Several like Maam came to see it as a second chance.

“I’ve learned how to cook, and I think I can make a career out of this after I’m released. It’s sort of my New Year resolution. I want to be reformed,” she said.

White, another participant and 33-year-old electrician, said that after a brief stint at the camp he decided enough was enough and it was time to overcome his addiction which had ruined him financially, made his parents cry and threatened his 18-year relationship with his girlfriend.

He was sentenced to four months in prison, suspended for two, for driving under the influence. He also admitted that he was a small-time dealer.

He said he failed to report to probation officials but was forced to make contact when he needed to apply for an identification card for use in a job application.

“It was a brief experience but I learned a thing or two here. I don’t know if my attitude has changed but one thing is sure, I’m definitely quitting drugs,” he said. 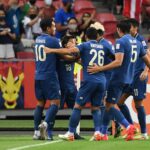 China bans 13million from going outside