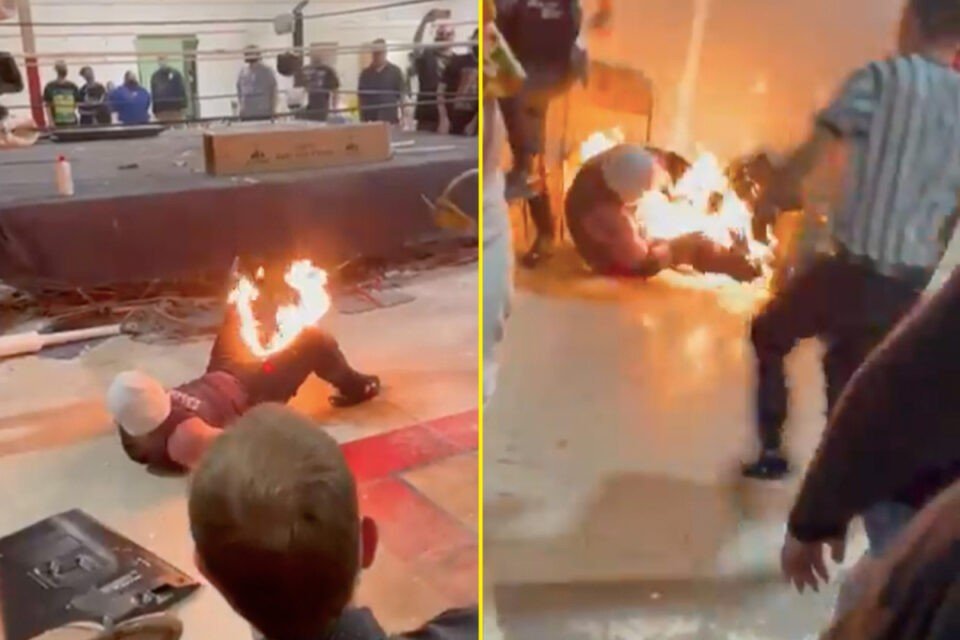 Yes, we all know professional wrestling is scripted. You wouldn’t call it fake, though, because of the real-life dangers that the performers subject themselves to in each match.

Serious injuries occur all the time, but the goal of professional wrestling is to make it look as real as possible while protecting your opponent.

In the worlds of WWE, AEW and other top promotions, that’s generally what you’ll see. On the independent circuit, where nobody governs promotions, things can get a little wilder.

One video that has gone viral on Twitter shows an independent wrestler having his groin set on fire at a show this weekend.

The problem is, they didn’t know how to put him out! What a chaotic video:

While we’re not sure who the performers are, the video was too good not to show you! It happened during a death match tournament held by the promotion Pro Wrestling Trainwreck.

Smart Mark Video, a Twitter page that uploads a lot of indie wrestling content, promises to have the full video in the coming days.

The only performer that some people have recognised on Twitter is Eric Ryan, an indie wrestler out of Cleveland, Ohio. 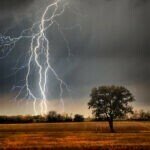