The Centre for Covid-19 Situation Administration on Sunday reported 2,302 new cases, including 23 overseas arrivals, and 24 deaths over a 24-hour period

Of the fatalities, 13 were men and 11 women. The ages of those who succumbed to the virus ranged from 39 to 91.

All of them reportedly suffered from chronic conditions such as high blood pressure, diabetes, obesity, etc.

The source of infection was mostly found in family, contact with a patient, travel to a risk area and contact with co-workers.

Seven overseas travellers from Sweden, United Kingdom, Austria, Germany, Philippines, Cambodia and Myanmar were found positive in quarantine, while 16 crossed the border from Malaysia, and Cambodia.

Dr Apisamai Srirangsan, the spokesperson of the CCSA, told a press conference that most of the illegal border crossers were Thais.

The officials are now trying to convince these people to enter the country legally since it might affect virus control measures. 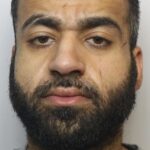 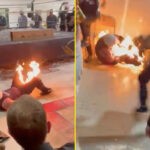