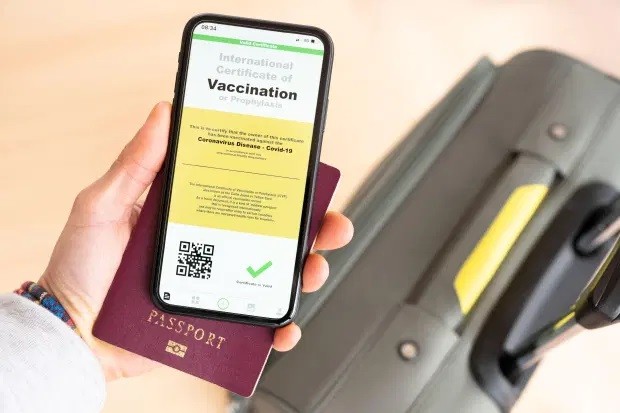 THE NEW Covid vaccine app is being trialled in the next two weeks on routes between London and Singapore, with hopes to launch more widely soon after.

Created by the International Air Transport Association (IATA), the app, which will store evidence of a negative coronavirus test as well as proof of vaccinations, has raised hopes of summer holidays resuming.

Nick Careen, the industry trade body’s senior vice president for airport passenger cargo and security, told BBC Radio 4’s Today programme that “quite a few” governments have shown an interest in the app.

Asked whether UK passengers would be able to use paper records as proof of vaccination or would need to upload digital evidence, Mr Careen said: “The chances are it will be a combination of the two.

“Speaking specifically for the UK, there have been discussions and there have been some announcements in terms of digitising, and there is a digital record through the NHS of your vaccination regardless of how it is being logged, so the ability to be able to communicate that would not be overly burdensome.

“But, ultimately, yes, we would expect to have to have the ability to be able to upload existing documents but also those that are digital as well.”

In terms of data protection, Mr Careen said the information on the app would not be kept on a central database and that the test and vaccine records would only “exist on your phone”.

Vinoop Goel, IATA’s regional director of airports, previously said: “We are currently working with a number of airlines worldwide and learning from these pilots. And the plan is to go live in March.

“So basically we expect to have a fully functional working system over the next few weeks.”

Boris Johnson has said there “may well be a role” for vaccine passports for both domestic and overseas reasons, but is yet to confirm how they will be introduced for British travelers.

Holidays abroad have not been given the go-ahead yet with the UK government’s Global Taskforce to announce an update on April 12.

It is hoped that they will go ahead from May 17 at the earliest, when UK group holidays go ahead, although is more likely to be from June 21.

Countries such as Spain and Greece have supported vaccine passports to allow Brits to return in time for the summer.

While non-vaccinated travellers won’t be banned from entering the country, they will instead face travel restrictions such as tests and quarantines.

Spain’s tourism minister Maria Reyes Maroto has described vaccine passports as a “priority,” alongside travel corridors adding: “The travel corridors will incorporate Covid-status certificates as an element of safe mobility.

“Tourism is a priority sector and we have worked not only on protective elements, but also on equipping ourselves with the tools to restore safe mobility.” 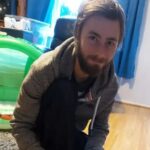 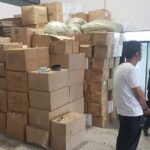