A WOMAN has denied murdering and beheading a pensioner whose headless body was discovered two weeks after she vanished.

Mee Kuen Chong, 67, was reported missing from her home in Wembley on June 11.

But her body was found 250 miles away in popular holiday resort Salcombe in Devon.

Jemma Mitchell, 36, pleaded not guilty to murder on a date between June 10 and 27 this year when she appeared at the Old Bailey today.

A provisional trial date was set for September 26 next year and is expected to last four weeks.

Mitchell was remanded into custody ahead of a hearing on December 23.

Mee’s death was initially treated as “unexplained” but cops later said they had launched a murder probe and made an arrest.

Police previously confirmed Mee was originally from Malaysia but had been living in Wembley for over 30 years.

They said her family have been informed about the development and are being supported by specially trained officers.

A post-mortem has taken place but was unable to confirm a cause of death.

Mee – known to loved ones as Deborah – disappeared from Wembley on June 11 with cops appealing for information four days later.

But tragically her body was discovered in woodland, popular with dog walkers, on June 28 by a member of the public.

A police source later revealed the body was found without a head.

Inquiries by the force in south Devon and the London area led to a murder investigation being launched by the Met’s specialist crime command. 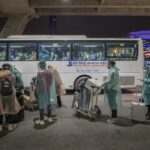 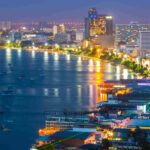