A Thai woman who had been drinking was detained on Saturday in Pattaya after attacking a Thai-American tourist without cause, chewing off and consuming his right ear.
Kannika Khamthon, a 28-year-old offender, was escorted to Muang Pattaya Police Station following the incident and was later detained. She was alleged to have been quite inebriated and unable to respond to queries. Kannika was also drug tested, but the outcome was negative.

The victim, a 55-year-old man named Charoen (last name withheld), insisted they weren’t acquainted. He claimed to have just arrived in Pattaya that day and to be headed toward Pattaya Walking Street in a songthaew (a red pickup truck modified into a taxi bus).

According to Charoen, Kannika and a female acquaintance were riding on the back of a motorcycle. Kannika abruptly jumped off the motorcycle and raced over to the red truck where he was sitting as both cars waited for the light to change.
Kannika allegedly sat on Charoen’s lap and began massaging his body. Kannika halted as he began to back away from her and returned to her motorcycle. At the crossroads of the Second Road and South Pattaya in the Banglamung area, Charoen claimed that Kannika was upset with him and went back to him to punch him in the face and tear the lobe off his ear.
Police officers attempted to arrest Kannika, but it was challenging because she resisted and attacked them.

According to Thai Law, the suspected suspect is accused of the following two crimes: Section 378, Public Intoxication, imposes a fine of up to 5,000 Baht on anyone who, while under the influence of alcohol or other intoxicants, acts unruly or insane in a public setting.
Second, she was accused of violating Section 295, which states that anyone who causes harm to another person’s body or mind faces a maximum sentence of two years in prison, a maximum fine of 4,000 baht, or both.
According to the Thai media, if a doctor determines that the victim required more than 20 days of therapy, Kannika could be charged with additional offenses or with more serious ones. 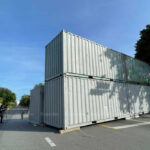 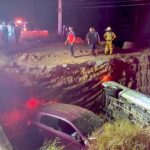