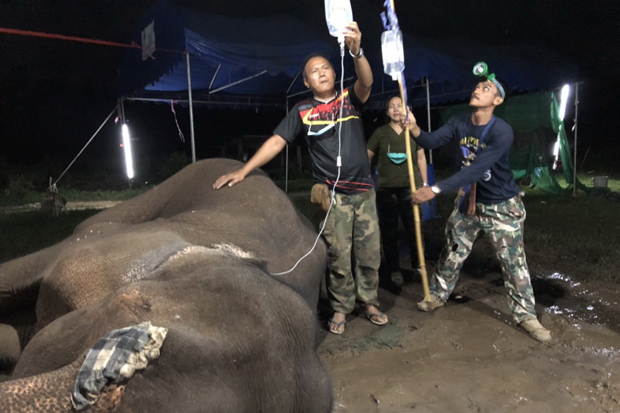 A male wild elephant suffering from septicemia, or blood infection by bacteria, is being taken care of by veterinarians after being found lying immobile in Si Sawat district, a wildlife official revealed on Sunday.

Pathoon Intarabutr, chief of the Salak Phra Wildlife Sanctuary in Muang district, said the elephant was found lying in a forest near Mong Krathae, the Moo 5 village in tambon Tha Kradan by villagers who informed the Kaeng Khaep forest protection unit at about 2pm on Saturday.

The vets examined the elephant and found it was male and about 15 years old. The pachyderm was found to have a large swollen wound in the front right foot and to be suffering from septicemia. It was given anti-septic and a saline drip.

The elephant was mostly lying still and moved its legs only occasionally.

On Sunday morning, the animal was able to slightly move its trunk. The vets tended to the wounded beast around the clock, trying to save its life. 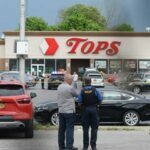 10 killed in ‘racially motivated’ shooting at US grocery store 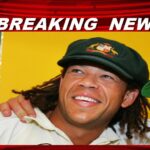