Taxi driver Wichai Buadok was filling the gas tank when it burst in flames. Two male workers at the gas station were also taken to hospital with serious injuries. 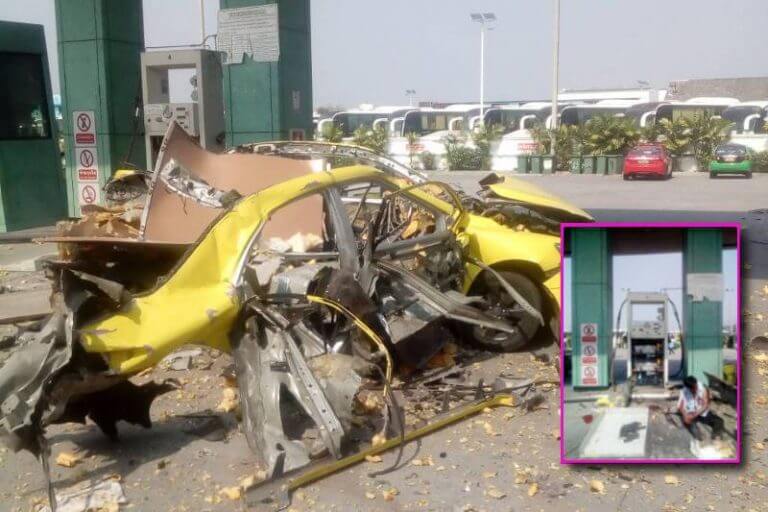 Bangplee police are investigating the cause of the explosion, which shocked shophouse owners and passers-by.