Video-game addiction has been officially recognised as a mental health disorder by the World Health Organisation.

WHO member states have revised their classification of “Diseases and Related Health Problems” to include gaming addiction as a mental health disorder.

The change, which will come into effect on January 1, 2022, identifies gaming addiction as falling into the subcategory of disorders due to substance use or addictive behaviour, such as alcoholism, gambling addiction and drug abuse.

According to the WHO, gaming addiction is characterised by impaired control over gaming, increasing priority given to gaming over other activities to the extent that gaming takes precedence over other interests and daily activities, and continuation or escalation of gaming despite the occurrence of negative consequences.

However, not all excessive gaming behaviours are considered gaming addiction, as the world health agency explained that for gaming disorder to be diagnosed, the behaviour pattern must have lasted at least 12 months and significantly impaired the person’s life. 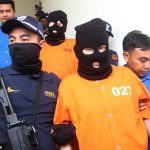 Global news and Local news in Thailand and Pattaya with Business advertising
Copyright © AX Media Thai Co Ltd 2023. All Rights Reserved.
FacebookTwitterInstagramLinkedin
error: If you would like to use this content, please contact us [email protected]s