Home » Ombudsman follows up on waste management on Samui Island

Waste Management: The Office of the Ombudsman has inspected a landfill site on Koh Samui to tackle the prolonged problem of more than 300,000 tons of waste on the island.

On Tuesday, Ombudsman Boon Tapanadul and his officials went to the site after local people lodged a complaint about the accumulation of waste.

Boon said the waste problem of Samui was affecting the health of local people and tourists on the island. The situation tarnished the country’s tourism image after the foreign media reported on the island’s major waste problem, he said.

The Ombudsman suggested Koh Samui urgently organize public hearings on the matter. Short-term measures should be imposed quickly in the affected areas, he said. 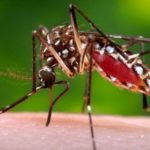