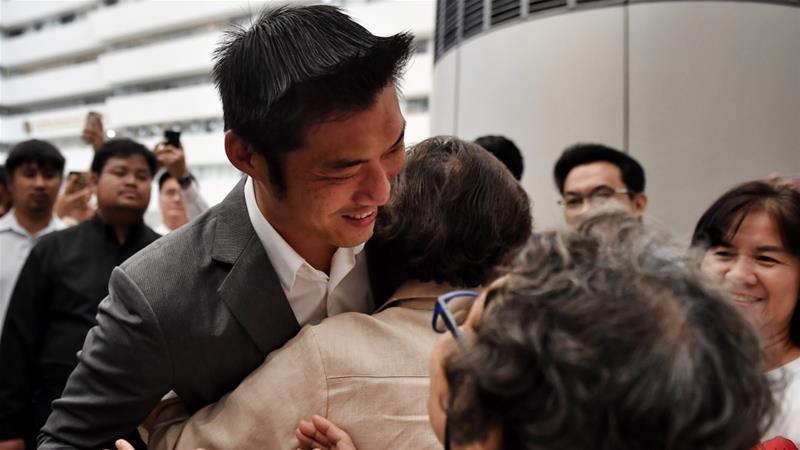 The charismatic frontman of Thailand’s anti-military parliamentary bloc appeared in court Friday accused of breaching election rules by holding media shares, a case that could see him barred from politics and jailed for up to 10 years.

Billionaire Thanathorn Juangroongruangkit, 40, has rattled the kingdom’s arch-royalist establishment since seizing the political limelight with his caustic takedowns of the army’s role in Thai politics and society.

The party was backed by millions of young people wearied by the dominance of the conservative old guard.

But Thanathorn’s electoral success has been matched by a battery of legal woes.

He has been suspended from attending parliament since the Election Commission accused him of breaking polling laws by holding media shares – an offence that carries a long jail term.

Arriving for the first hearing at the Constitutional Court on Friday Thanathorn again pleaded his “innocence” telling reporters the media company had ceased operations five months before the election.

“We are convinced that there is no evidence,” he said.

His supporters say the case has been trumped up to take out Thailand’s most popular politician and deliver a gut punch to the FFP and its radical reform agenda.

The party wants to amend the constitution to excise the military’s influence, slash defence spending and end conscription to an army that has carried out a coup at an average of once every seven years since the 1932 establishment of a constitutional monarchy.

“The party is against the military… I support their vision and I absolutely support Mr Thanathorn,” Punjarat Wattawongvibul, 35, told AFP outside the court.

Thanathorn has also been singled out by the kingdom’s powerful army chief.

General Apirat Kongsompong last week delivered a diatribe warning of the specter of a commmunist rebellion in a speech flecked with barely-concealed references to Thanathorn and his party.

Future Forward have been a rare voice of criticism against Thailand’s royalist establishment.

The monarchy, one of the world’s richest and headed by King Maha Vajiralongkorn, is at the apex of Thai power.

On Thursday 70 Future Forward MPs voted against a royal decree transferring two key army units to the direct control of the king — an unprecedented political objection to a royal command.

The decree still passed parliament with an overwhelming majority. 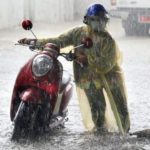 TORRENTIAL RAIN forecast for parts of Thailand this weekend 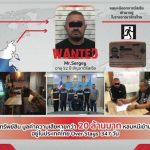