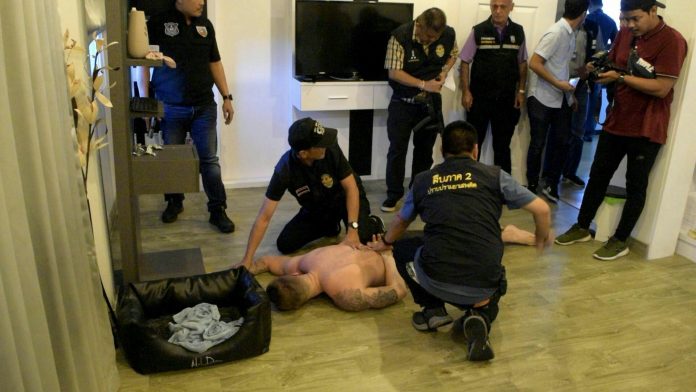 A wanted male English drug suspect has been arrested in Nongprue.

The arrest was led by Col Dunlayaphat Techaphonchayasin from the Narcotics Control Management Center of the Royal Thai Police, along with Chonburi Immigration officers, the Pattaya Tourist Police, and Nongprue Police.

Officers have arrested 28-year-old Luke Michael Timmins, a British national at a house in Nongprue.

The arrest follows an arrest warrant which has been issued by the Ministry of Justice in England over illegal possession of drugs. Luke admitted that he is the person in the arrest warrant. A search of his name shows he is one of the most wanted fugitives in the Plymouth area. 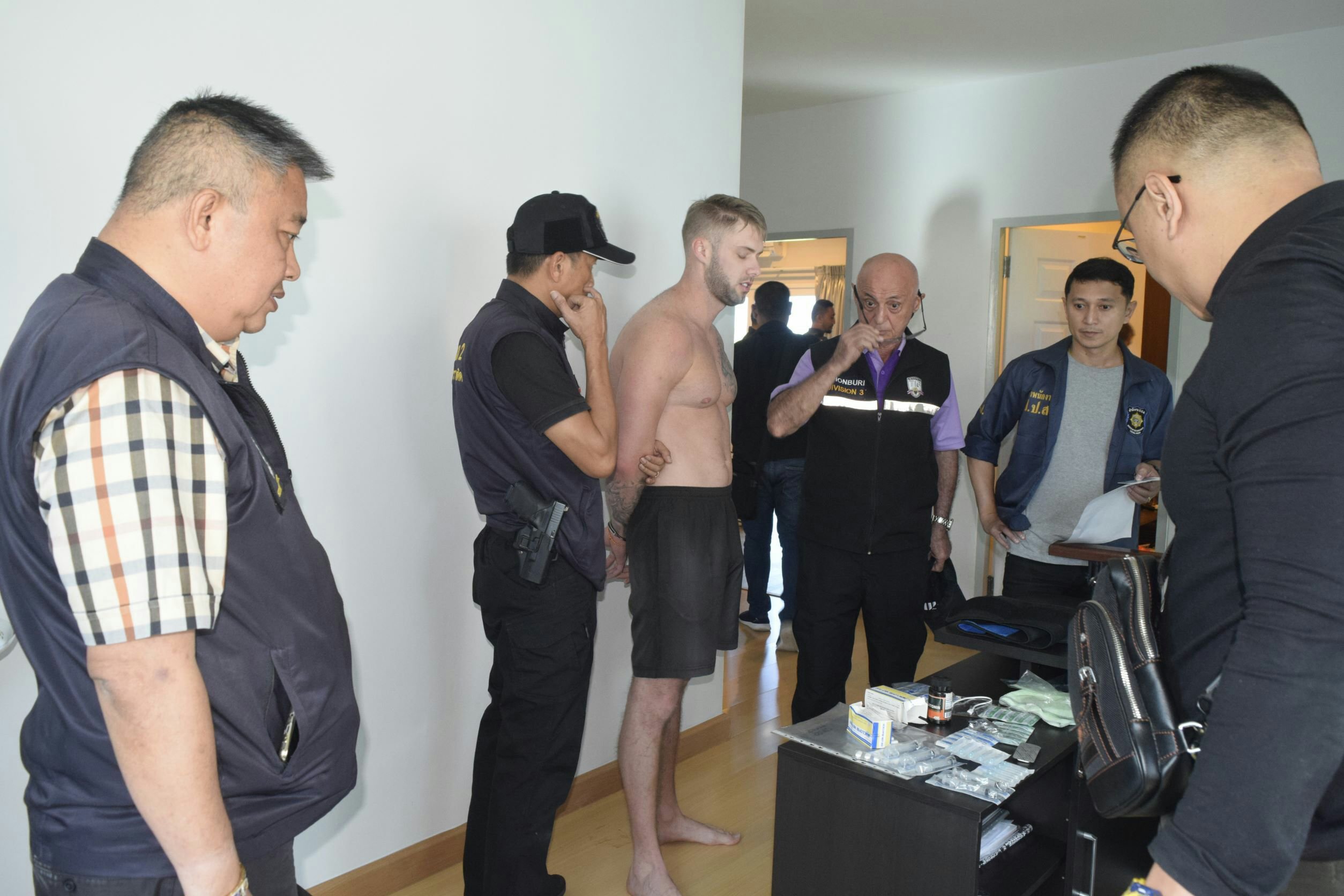 Their urine test has shown a positive with cocaine, police stated. They are facing charges with illegal possession of Category 2 Drugs. 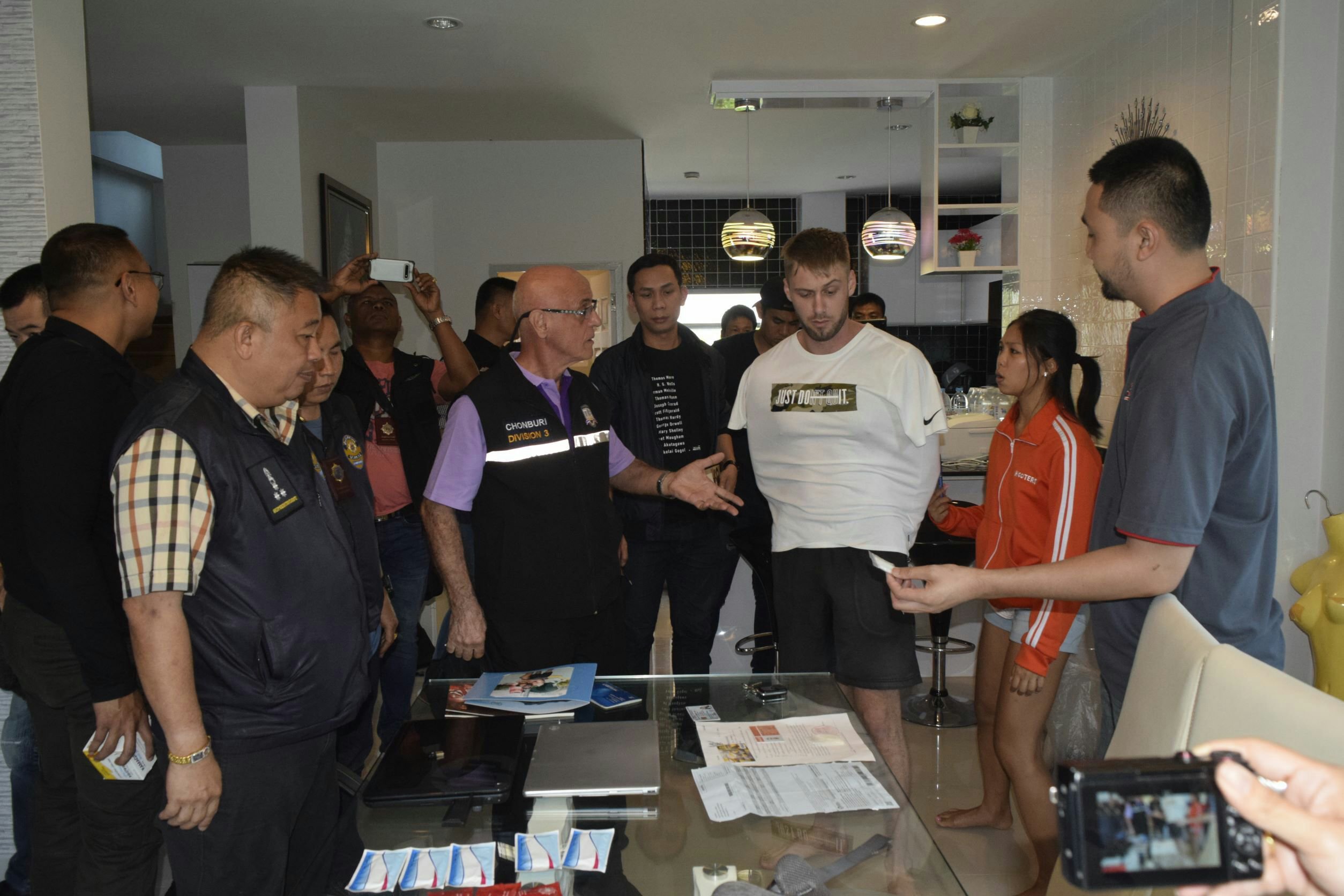 Police have also found that Luke and his ex-Thai wife have operated a property business and money laundering.

Luke is a son of 46-year-old Michael Timmins who was reported as a well-known drug dealer in England. Michael was in prison for six years. He has already been released. 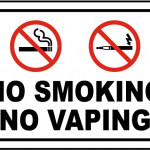 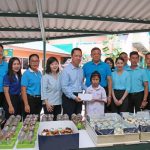 Lunch for Students at the Pattaya Redemptorist School for the Blind