Home » UPDATE: What you should know before visiting Thailand

Tourists don’t always have the best reputation in foreign countries.

As anti-tourist sentiment intensifies across Europe, and as travellers are blamed for ruining iconic sites and destinations, tourism is increasingly seen as a double-edged sword: great for the economy, but a lot for locals to put up with.

Schoolteacher Matthew Smith, 36, is an Aussie expat in Thailand, who moved there in 2007 after marrying his Thai wife.

And over the past decade he’s gained some startling insights into what tourists got wrong in his adopted home, and what Thai people really think of the 51 thousand New Zealanders who visit each year.

“All western tourists are referred to as ‘farangs’. I usually can’t (tell the difference) either until I strike up conversations with them.”

But he said he has seen western tourists, and Kiwis among them, doing “little things that can upset locals”.

Many of them were on visits to Ayutthaya, a UNESCO World Heritage site north of Bangkok.

“A few times in Ayutthaya, while visiting the historical city ruins district with my wife, we saw tourists fail to comply with the rules of etiquette,” he said.

“We saw tourists climbing on ancient walls, not wearing proper attire even after being told by ticket sellers or whatnot, being in spots to take photos that were not permitted.

“Several times my wife or I were put in a situation where we had to remind them, in a very friendly manner of course, but once we asked nicely they would generally stop the action. These small actions don’t really create large-scale negative impressions, though.”

Overly revealing clothes worn by tourists, especially near religious sites, has been a problem in other countries popular with Aussies, including Bali and Cambodia.

Last year US couple Joseph and Travis Dasilva, who had about 14,000 followers on their Instagram account called “Travelling Butts”, were charged with public indecency after posing for a bare-bottomed photo at Thailand’s sacred Wat Arun temple.

“In Thailand, locals usually don’t do things that would make another ‘lose face’ in public, including yelling at another person if a mistake has been made,” he explained.

“At times, I have witnessed tourists, not sure where from, lose their temper at a Thai or another visitor, and start yelling and carrying on. In Thailand, this sort of reaction does more harm than good.

“If something upsets you while visiting here, remaining calm and talking through the problem is a much better solution. If you make a Thai lose face, then it’s very difficult to get their respect back.”

While Australian and Kiwi tourists are often associated with wild, booze-fuelled nights out in places like Pattaya and Koh Phangan, Mr Smith reckons we’re generally well-respected in Thailand.

“Tourists tend to be laid-back and just want to enjoy the sites that are on offer,” he said. “And this is generally the case for most Western tourists that come here.

But there are some things he said New Zealanders needed to remember — and one of them was that we’re not above the law here.

“I hate seeing tourists falling into trouble with local authorities, especially when it is something they expect to get away with here, but wouldn’t get away with back home,” he said.

He also urged tourists to avoid getting aggressive on nights out.

“Fighting is rarely seen, especially between a tourist and a local, but when it does happen, it never turns out great for the tourist,” he said.

“I have never seen a physical conflict end well, whether it is due to an injury, or police interception. Never ruin a fantastic night out with a silly act of aggression … remember there is no place like Thailand’s night-life, so enjoy it.”

He also said tourists should stay away from drugs, not least because the Thai government had a particularly no-sympathy, hard line attitude towards drug users, dealers and carriers.

And as a final word of warning, Mr Smith said tourists should stay well clear of jet ski renters.

“I would love to be able to stamp this sentence in every tourists passport as they enter the Kingdom,” he said.

“Jet ski renters are a scam. Places like Pattaya and Phuket are constantly seeing jet ski ‘companies’ rip off tourists. It doesn’t seem to matter if police are brought in or not.”

In jet ski scams, tourists rent a jet ski and take it out for a ride, and when they return it, the renter will claim it has been damaged, charging massive amounts of money — sometimes more than $1000 — even if the tourist did nothing wrong.

“Thais know of this scam and stay well away,” Mr Smith said. “I highly suggest tourists reading this do the same.”

Mr Smith’s comments came as new research by expat health insurance company Aetna International found expats were feeling the heat from tourists’ bad behaviour in their adopted countries and worried they were being tarred with the same brush.

In a survey of expats, in Thailand, a whopping third of respondents said they felt locals viewed them as “insensitive”.

About 28 per cent thought Thai locals saw them as “destructive” and 30 per cent said they thought they were seen as “rude”.

But for Mr Smith, life in Bangkok has been “fantastic”.

“From the moment I arrived here, I was thrust into Thai culture, so I learned many of the ‘uniquenesses’ pretty quickly,” said the teacher, who works at one of the region’s most prestigious international schools.

“The culture and lifestyle that is offered here is second-to-none. The people are generally very friendly, its relatively safe, the food is unbelievably delightful and the standard-of-living when compared to the rest of the world cannot be beaten.

“Of course, there are some negative things that I have learned to live with, and even some things that I still struggle to cope with, like insanely terrible traffic conditions, but the positives far outweigh the negatives.” 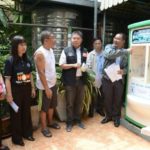 Almost NO water machines in Bangkok are safely registered 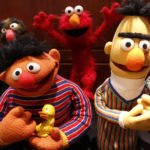