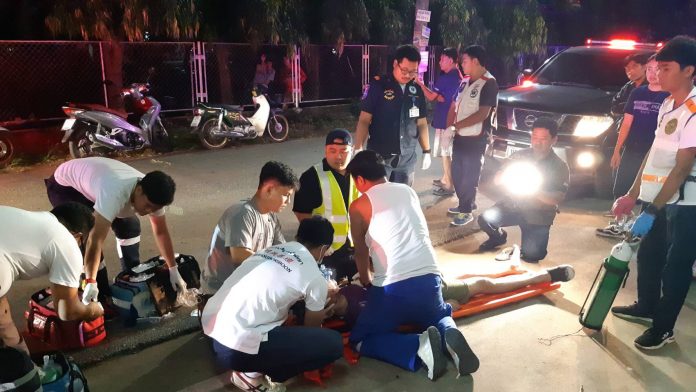 Just after Midnight this yesterday morning, July 6th, 2019, a village head assistant from Chaiyaphum, Mr. Prachak Leemkunthot, 41, was punched in the face and then kicked while he was on the ground, suffering serious injuries and is currently in critical condition in a local hospital.

The assault happened at the Phroma Apartments located off of Moo 10 in the Nong Prue Subdistrict at about 12:30 AM.

The apartment manager, Mr. Prakhon, who is seen on video trying to stop the unidentified assailant from escaping on his motorbike, stated that the man in the red shirt arrived and spent a short time in Mr. Leemkunthot’s room until they went outside with one man’s arm around the other’s neck.

Mr. Leemkunthot remains in the hospital and his girlfriend, who can be seen on the video, is pleading for assistance in catching the man responsible. Police say they are investigating the incident and tracking the suspect. They stated to The Pattaya News that they suspect a personal dispute led to the altercation. 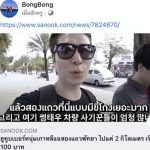 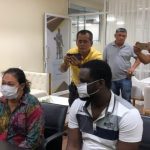