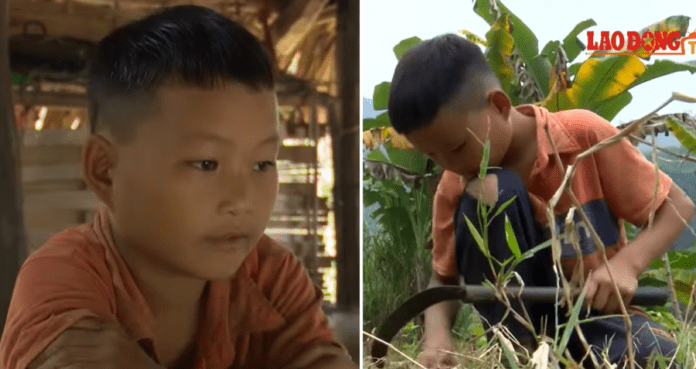 Left to fend for himself after his grandmother and father passed away, 10-year-old Vietnamese boy Dang Van Khuyen is now farming for his own food.

Khuyen lived a simple life with his grandmother in a remote village in Vietnam while his father worked out of town.

As a good student, young Khuyen went to school every day and depended on his construction worker father for financial support.

Not long after Khuyen’s grandmother died due to old age, his father was killed in an accident at work.

Since losing both of them, the boy has been surviving on his own, growing vegetables to sustain himself, according to China Press.

Despite setbacks, Khuyen has remained persistent and continues to study hard and never misses a day of school.

When word got out about his living conditions, his school and the local government attempted to find him a foster family. However, he decided to live alone instead.

One of his school teachers took care of transporting the father’s body back home so that he could be buried on their land.

In order to do that, he took leave from work and spent about 10 million Vietnamese Dong ($430) of his own money.

After the teacher shared the boy’s story on social media, many offered to help, with others expressing interest in adopting him.

Many were also concerned that while he is surviving now, he might not be able to make ends meet for long.

Still, the boy insisted that he stay in his home, committed to meeting life’s challenges on his own. 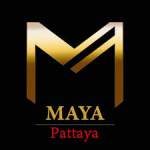 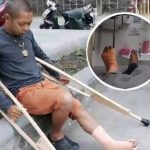 Man left on crutches after motorcyclist hits him on PAVEMENT