Mobile phone footage showing a tsunami hitting a coastal area has been circulating online after a series of strong earthquakes rocked Central Sulawesi on Friday.

The footage purportedly shows a number of small restaurants near the Palu Grand Mall swept away by the wave.

It also shows the water hitting the heavily damaged Baiturrahman Mosque located next to the mall.

The Jakarta Post could not independently verify the authenticity of the video, but a Google Maps search of the Palu Grand Mall and Baiturrahman Mosque resulted in images that match the landscape and landmarks shown in the video.

Iksam, an official of the Central Sulawesi Museum in Palu, confirmed the event to The Jakarta Post. “Yes, there was a smashing of seawater,” he said, before the phone connection broke down.

The Meteorology, Climatology and Geophysics Agency (BMKG) had issued but then quickly revoked a tsunami warning after the strong earthquake occurred at 5:02 p.m. Jakarta time, only a few hours after the first earthquake.

National and Disaster Mitigation Agency (BNPB) spokesman Sutopo Purwo Nugroho said in a release on Friday that the quake hit the area about 27 kilometers north east of Donggala, at a depth of 10 km. 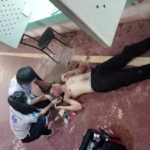 Australian tourist shoots himself in head at Sakoo shooting range 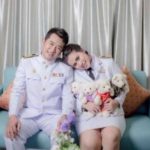 Boyfriend, his new girlfriend get death sentence for killing his fiancee