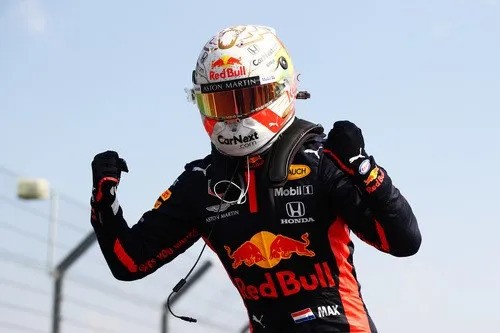 It was the ninth victory of the young Dutchman’s Formula One career and a triumph for the Red Bull team, whose car adapted better to the sweltering conditions at the iconic track with tire wear a crucial factor.

He leads the title race by 30 points from Verstappen, who has leapfrogged Bottas, the Finn a further four points adrift after five rounds.

Hamilton finished last week’s British Grand Prix at Silverstone with blistering tires and a puncture, just holding off Verstappen for the win and he acknowledged the same problem compromised the performance of the Mercedes pair again.

“They (Red Bull) didn’t have the blistering problems on the tires that we had today. It’s unexpected but I’m sure the team will work out what the issues have been. At the end I was driving with half a tire,” he said.

Behind the leading trio there was another storming drive from Charles Leclerc, who took fourth for Ferrari after making just one pit stop, with Alex Albon in fifth in the second Red Bull.

Lance Stroll was sixth in the Racing Point, with the returning Nico Hulkenberg dropping back to seventh behind his teammate after a late pit stop due to vibrations in his car.

But it was another miserable afternoon for four-time champion Sebastian Vettel who spun his Ferrari on the first lap and finished out of the points in the 12th.

‘I’m not going to sit back like a grandma’

Verstappen, who started third on the grid, sensed that the leading two Mercedes were struggling from the early stages and ignored early team warnings to preserve his tires.

“This is the only chance to beat Mercedes,” he said over the radio. “I am not going to sit back like a grandma.”

He was true to his word and when leader Bottas pitted on lap 13 and Hamilton a lap later, Verstappen stayed out and forged a good lead.

It seemed Verstappen would be adopting a one-stop strategy against two stops for the Mercedes pair, but when he came in with 20 laps remaining for the second time he came out just behind Bottas and quickly swept past him.

In the meantime, six-time champion Hamilton had stayed out, but with his tires wearing badly the home hero had to also pit again.

Hamilton quickly made up ground to overtake Leclerc and then Bottas, with three laps to go to salvage second place, just over 11 seconds behind the triumphant winner.

“I think we did everything perfectly today,” said Verstappen as he delivered Red Bull’s first win at Silverstone since 2012 “Thank you.”

This article was first published in edition.cnn 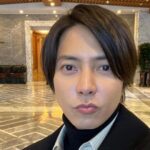 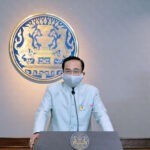 Emergency decree could be lifted in four southern districts