The suspect lived for years with another woman and his daughter across the street from the alleged victim, who escaped last month.

A man has been charged with holding a woman as a sex slave for 31 years in Venezuela.

Matias Salazar, 56, was also accused of other crimes including psychological and sexual assault on a 49-year-old woman known only as Morella in the city of Maracay, near the capital of Caracas.

Prosecutors said in a statement: “The perpetrator manipulated and deceived (Morella) so that she would leave her home” three decades ago.

Salazar, who is being held at a police station, spent years living with another woman and his daughter across the street from where Morella was held.

Several of those who lived near Salazar, who asked not to be identified for fear people would think they were involved, said they had not noticed anything unusual and that Salazar had always been friendly to them.

Salazar’s lawyer Jose Briceno told reporters on Monday that his client was an innocent victim of a media witch-hunt.

Morella, who escaped on 24 January to a branch of a state-run women’s support agency, later returned to the apartment with prosecutors, neighbours said.

“She had three changes of clothes inside that apartment, some old shoes, a twin bed on the floor, an old fan, an old TV,” said one neighbour who went in to the property with Morella.

“People attack the neighbours, asking why we did not report it, but we really did not know.” 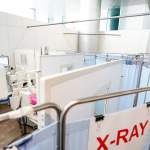 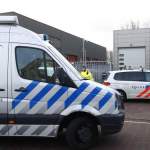