Home » Inside the hunt for mysterious Bitcoin founder EVER since Bitcoin began trading in 2008, its mysterious creator has never been identified.

Others speculate Nakamoto is in fact a pseudonym for the real inventor with his name translating to “at the centre of”.

Now one wealthy Australian businessman claims a court case has proven he is the sole inventor of the currency.

Craig Wright, 51, from Brisbane says he is the owner of Nakamoto’s alleged 1.1million Bitcoins – now worth around £55billion.

He has been ordered to pay £70million in damages to the family of his dead friend David Kleinman.

Kleiman’s family had alleged Craig told them he created Bitcoin with David – something Craig denies.

He has now said he will give a portion of his Bitcoin fortune to charity in a transaction that can be publicly viewed to prove his identity.

Craig, who has Aspergers syndrome and reportedly only sleeps four hours a night, is the only person to have publicly claimed he is the inventor of Bitcoin.

Other prime suspects have denied it – here we reveal who they are.

Controversial Musk has made his fortune through his electric car company Tesla, PayPal and Space X.

The South African is one of the richest men in the world – but fans say he could be even richer than he’s letting on.

A former Space X intern Sahil Gupta wrote a blog post in 2017 stating that Musk was “probably” the creator of Bitcoin.

He wrote: “Satoshi is probably Elon.”

But Musk hit back in a tweet, denying that he was the mysterious founder and saying he had lost his only Bitcoin.

He wrote: “Not true. A friend sent me part of a BTC a few years, but I don’t know where it is.”

Musk’s company Tesla has championed Bitcoin – buying $1.5billion and promising to accept the currency for cars.

Through their positive PR for the crypto currency this February, the price of one bitcoin jumped 16 per cent to almost £34,000.

Website Medium speculated that only Elon would name himself Satoshih Nakamoto – an anagram for “so a man took a s**t”.

International drug dealer and convicted murderer Paul le Roux – once dubbed the “Jeff Bezos of the dark web” – was once linked to Bitcoin.

The South African is an expert coder who started an online pharmaceutical prescription business before branching out into drug smuggling.

Le Roux cashed in on the US opioid crisis to the tune of $300million by building an online painkiller prescription business.

With his newfound wealth he soon built up a global criminal empire.

His businesses reportedly included dealing arms in Indonesia, smuggling cocaine into Australia and selling meth made in North Korea.

He was arrested in 2012 for trying to smuggle drugs into the US.

During his 2016 trial he admitted to ordering and assisting seven murders of his employees and associates.

In Craig Wright’s court case, a document with a footnote containing le Roux’s Wikipedia page was made public – leading to speculation he was in fact the creator.

Satoshi’s code used English and Commonwealth spellings such as “colour” which le Roux would do after being raised in South Africa and Zimbabwe.

Last year he was jailed for 25 years.

Some reports claim Nakamoto handed the Bitcoin reigns over to US developer and programmer Andresen in 2010.

But some believe the tech expert had actually handed over to himself, killing off his fake identity.

Andresen founded the Bitcoin Foundation in 2012 to support the development of the currency, leaving his software development role in 2014 to focus on his pet project.

The American stepped down from Bitcoin officially in February 2016 and has not been involved in the currency since then.

In 2016, Andresen publicly stated he thought Craig Wright was the creator of Bitcoin.

He said: “I was convinced.”

Finnish academic Vili was one of the first to be put forward as a possible Nakamoto in 2011.

The New Yorker named the Oxford University research fellow as the inventor of Bitcoin.

But Lehdonvirta told the magazine: “I would love to say that I’m Satoshi, because Bitcoin is very clever.

The professor had researched Bitcoin but said he was against the anonymous currency.

He said: “The only people who need cash in large denominations right now are criminals.”

Computer scientist Szabo once wrote a proposal for an online currency called “Bit Gold” in 1998 – bearing an uncanny resemblance to Bitcoin.

In 2008, the techie wrote on his blog that he wanted to turn Bit Gold into a reality.

Linguists studied Szabo’s writing and compared it to Nakamoto in 2014 and found striking similarities.

The report read: “None of the other possible authors were anywhere near as good of a match.”

He denied the claims in a tweet, writing: “Not Satoshi, but thank you.” 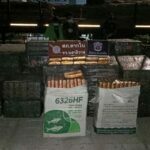 Truckload of wood and hidden marijuana 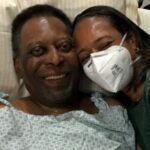