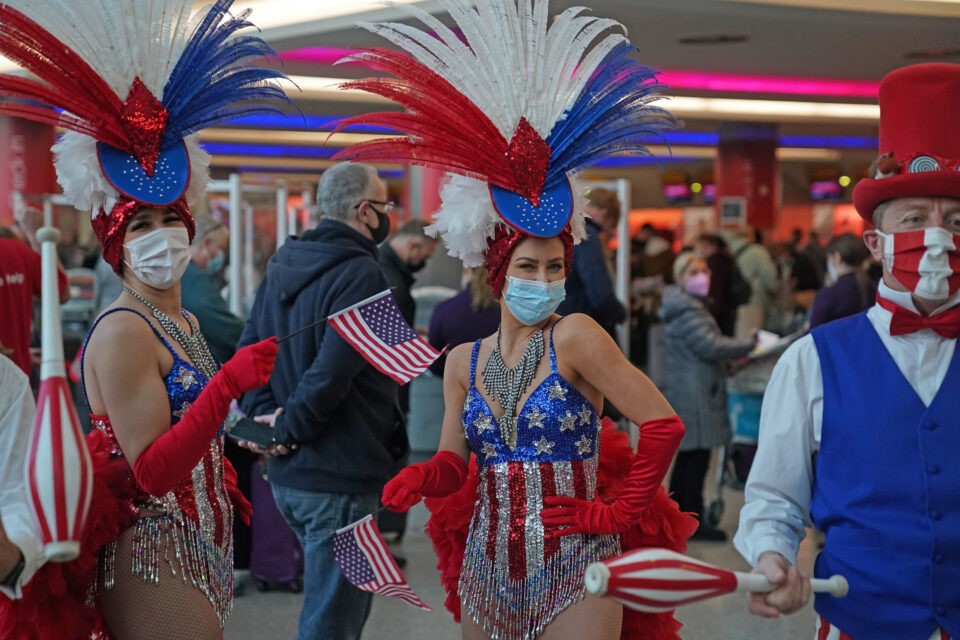 FAMILIES wept with joy in arrivals halls yesterday as they reunited with loved ones after the 20-month Covid travel ban to the US was finally lifted.

Vaccinated Brits were at last allowed to board planes to the States in another huge step towards normality.

And it came as figures showed the UK now has the lowest Covid R rate in Western Europe, with cases falling again.

The first flights landed to cheers in New York as passengers, including sisters Jill and Louise Chambers, counted down the minutes to their reunions.

As she rushed to greet her family, Jill, 57, said: “I cannot stop crying. None of us can. I find it so hard to believe we’re finally here.”

Waiting at JFK airport was five-year-old Bowie, who had no idea why he was there, only that a surprise was on its way — his auntie Jill, from Manchester, who he had not seen in over a year.

Clutching her teary-eyed nephew, she said: “This is the most emotional thing we’ve ever been through.

“Poor Bowie just didn’t understand what was going on during the travel ban. He kept begging me to swim across the sea to the US, just so I could spend time with him.

Another of the UK’s first arrivals to New York, Bhavna Patel, 59, held her grandson for the first time since he was born just over a year ago.

She said: “From the moment I got on the plane I was counting down the hours until I could meet him properly.”

British Airways’ first flight, BA1, was reserved just for friends and families who had been separated during the pandemic.

BA and Virgin Atlantic jets took off at the same time from parallel runways at Heathrow to celebrate the reopening.

“Together with British Airways we are delighted to mark today’s important milestone.”

Travel is reopening as the pandemic comes under control on both sides of the Atlantic, thanks to massive vaccine campaigns.

Cases in the UK are falling faster than in neighbouring countries, with the R rate — which measures the number of people infected by each Covid case — now as low as 0.87.

Professor Paul Hunter, from the University of East Anglia, said: “We had a lot of infections in October but are starting to see case numbers fall.

“We vaccinated earlier than our European neighbours so our vaccines started to wear off earlier, but I think they’re starting to see that happen now.

“And we used more AstraZeneca, which doesn’t give as good a protection against infection as Pfizer.

“Cases are coming down now because the large majority of teenagers have already had the infection and recovered.

“They’re coming down in the 80-plus age group and starting to fall in the 70 to 80-year-olds, too, and that’s because of the boosters, which are incredibly effective.

England’s booster campaign got another huge lift over the weekend with a million people booking third jabs.

The NHS said 356,000 people booked their top-ups on Monday morning — nine times higher than the Monday before.

Dr Nikki Kanani, a GP and deputy leader of the jabs roll-out, said: “It is fantastic to see such strong uptake for the booster vaccine, with over a million people rushing to book their extra dose over the weekend and making sure they have as much protection as possible ahead of winter.

“In just seven weeks, more than 8.5 million people have received their top-up jab, including almost three quarters of over-75s.”

The success of the vaccine campaign means hospitals are under much less pressure from Covid than this time last year.

The drop was underlined by NHS England figures showing there are currently 7,075 Covid patients in hospitals, down from 11,680 on November 8 last year.

An average 793 people are going into hospital each day compared to 1,328 per day 12 months ago.

This is despite cases being over 10,000 per day higher, showing the vaccines are working.

Another 32,322 cases were reported across the UK yesterday, a drop of 19 per cent on last Monday, along with 57 deaths.

Prof Hunter added: “I am still optimistic and my instinct is telling me cases will continue to decrease towards Christmas.”

And Dr Mike Tildesley, a member of the SPI-M sub-group of Sage, said: “I would hope that, with a very successful vaccination campaign, the idea of a winter lockdown is a long way away.” 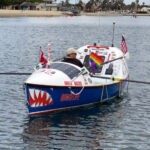