Thailand clamps down on ‘sex-tourism’ as the South East Asian country hopes to change its reputation.

The popular tourist destination, which is set bring in a record 37.55 million tourists this year, wants to shirk the label as a nation of “sex tourism”.

Making-over this ‘sex’ image of Thailand has been a longtime goal of the country, however, was thrust into the public light again when Thai police arrested a group of 10 Russians who, according to Channel NewsAsia, “were running a sex training class”.

As a result of this arrest, the Tourism Authority of Thailand (TAT) released this statement:

“The Tourism Authority of Thailand (TAT) ensures that its marketing strategy and policy to move Thailand forward as the ‘Quality Destination’ has stepped in the right direction … and strongly opposes any form of sex tourism.”

As per Channel NewsAsia, parlours offering “soapy massages” as well as “happy ending” massages have amped up Thailand’s reputation as a sex destination.

In the statement last week, TAT Governer Yuthasak Supasorn said the country places huge importance on its tourism industry as a means of livelihood for many Thai and international people.

“As the Thai government’s official body promoting Thailand to international and local travellers while supporting the development of the country’s tourism industry for nearly 58 years, our mission is to highlight tourism’s importance to national economic development, job creation, income distribution, and the prominent role it plays in enhancing social integration and preserving the environment.

“OVER THE PAST FEW YEARS, TAT HAS ACTIVELY FOCUSED ON PROMOTING THAILAND AS A ‘QUALITY

EXPENDITURE, THE AVERAGE LENGTH OF STAY, AND THE OVERALL QUALITY OF VISITOR EXPERIENCE,” SUPASORN ADDED.

The statement also comments on Gambia as the West African country’s tourism minister recently told tourists to go to Thailand for sex instead of visiting the country.

Thailand’s ongoing efforts to move from mass to ‘quality’ tourism is successfully producing positive results with the Kingdom ranked third in global tourism revenue for 2017 by the United Nations’ World Tourism Organisation (UNWTO). 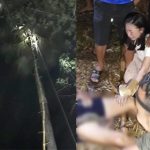