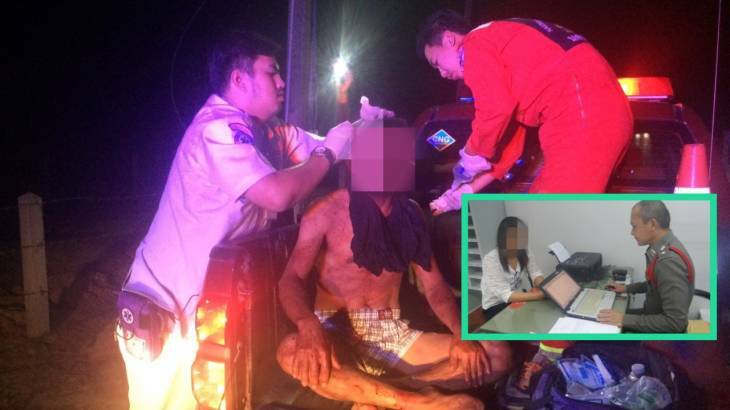 A man who entered a widow’s house in Roi-Et ended up being confronted by the woman after she grabbed a gun.

The man was eventually attacked by others in the house, surrounded by neighbors who came to help and arrested by police.

A 44 year old widow named only as “A” said that some time after midnight she had heard noises. Everyone in the house heard someone but after the lights were turned on the noises stopped.

She said that she tried to sleep only to be stirred again by noises she thought was her mother going into the toilet. She turned on the
light to see her neighbor Khongsit Sawatsala, 51, standing in her bedroom doorway.

She grabbed a .38 gun that she kept under her pillow. It had belonged to her husband who died some ten months ago.

She said she fired two warning shots and he tried to grab the gun. As he did so it went off three more times into the ceiling.

The victim’s mother came and she was kicked to the ground. The victim’s 17 year old daughter grabbed an electric iron and smacked Khongsit in the head that caused him to flee.

But thanks to neighbors who heard the commotion he did not get far. When police arrived they found the assailant covered in blood with three serious injuries to the head.

He said it was all one big misunderstanding. He had seen the widow earlier in the day and she had ignored him, he claimed. So after drinking heavily until midnight he went to see her to ask why she would not speak to him.

That was all, he claimed, adding: “I don’t know why it had to end like this”. 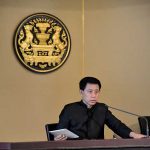 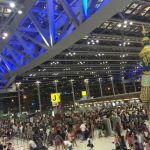