The body of an unidentified Thai man was found on Wednesday night floating in the Nan River that runs through Phitsanulok’s Muang district.

Rescuers used a boat to recover the body, which was found about five kilometres downstream from where it was first seen.

Police said the body was a Thai man who appeared to be around 30 to 40 years old. He was wearing white shirt and brown trousers and did not carry an identification card. He had Bt170 cash in his wallet.

A doctor determined that he died about three days ago.

The body was sent to Naresuan University’s hospital. 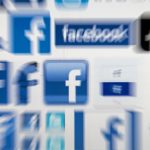 Manhunt launched for worker who allegedly stabbed friend to death