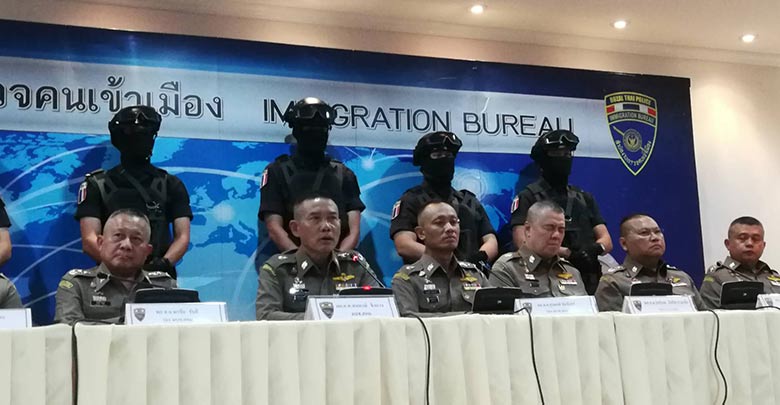 Police Lieutenant General Sompong Chingduang from the Immigration Police reported the arrests of foreigners in the nation. One of the cases is the arrest of Ali 24 years old from Jordan.

The suspect had previously been arrested before and was deported from the country for overstaying his Visa. Ali has been playing the role of mafia to other Jordanians and foreigners from the Middle East that are staying illegally in Thailand.

Other foreigners working or staying illegally in Thailand were Paying Ali with the belief that they were protected. Ali would collect money from the foreigners claiming that he has connections to officials and the payment is for protection.

Ali would tell others that he knew a lot of people in the government. This includes foreigners illegally working in Thailand. The suspect stated that if any of the foreigners were arrested, he could help get them out of trouble. Investigation revealed that Ali has other connections to illegal businesses in the big city.

Ali admitted at the time of the arrest, he wants to live in Thailand because money is easy to find and the cost of living is low.

He was first arrested and deported back to his country in September 2019 for overstaying his Visa. But Ali didn’t give up just yet, with determination he made a new passport and has attempted to enter the nation again. Instead of flying in, Ali traveled into Malaysia then went to the Sadao border in Songkhla Province. Immigration officials denied entry because Ali was on the Blacklist.

With a strong will, Ali smuggled himself into the nation on land. He then traveled to Bangkok and mainly hung out in touristy locations. He continued making easy money before being arrested again, hopefully for the last time. 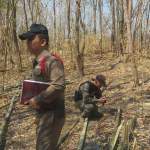 Land mine blows off man’s foot in Phrae 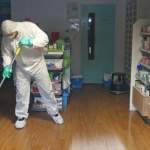