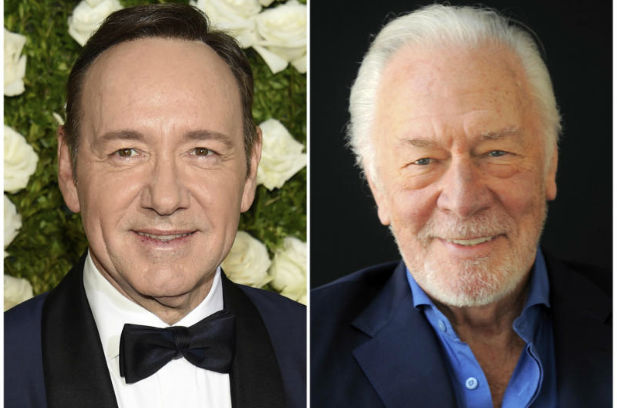 Kevin Spacey is being cut from the finished film All the Money in the World and replaced by Christopher Plummer, while a former TV news anchor said Wednesday that Spacey sexually assaulted her teenage son last year at a Nantucket restaurant,

In a wholly unprecedented move, Spacey is being cut from Ridley Scott’s finished film All the Money in the World and replaced by Christopher Plummer just over one month before it’s supposed to hit cinemas. People close to the production who were not authorised to speak publicly say Plummer is commencing reshoots immediately in the role of J. Paul Getty. According to the report, all of Spacey scenes will be reshot. Co-stars Mark Wahlberg and Michelle Williams are expected to participate. Scott is intending to keep the film’s Dec 22 release date. The film was originally set to have its world premiere at the AFI Fest in Los Angeles on Nov 16 but was pulled earlier this week amid the sexual harassment reports surrounding Spacey. Spacey has also been fired from House of Cards.

Meanwhile, a former Boston TV news anchor says Spacey sexually assaulted her teenage son at a Nantucket restaurant. Heather Unruh told reporters Wednesday that the actor stuck his hand down her son’s pants and grabbed his genitals while the two of them were at the Club Car Restaurant in July 2016. Her son was 18 at the time. Unruh said Spacey ultimately left to use the bathroom and when he was out of sight, her son ran away. A lawyer for Spacey didn’t immediately return an email Wednesday.

Unruh said her son didn’t report the assault at the time because he was embarrassed. But she says he filed a report with police last week and they’re investigating. “To Kevin Spacey, I want to say this: Shame on you for what you did to my son,” Unruh said, flanked by her daughter and lawyer Mitchell Garabedian, who has represented hundreds of clergy sexual abuse victims. A lawyer for Spacey didn’t immediately respond to an email seeking comment Wednesday. A publicist said last week that Spacey is “taking the time necessary to seek evaluation and treatment”. Police said they couldn’t confirm a report was filed because sexual assault reports are confidential.  Source: Bangkok Post 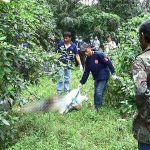 Thai wife was murdered by a Burmese husband 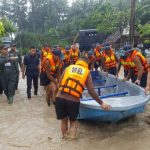 FLOOD RECOVERY UNDERWAY IN THE SOUTH