Bonfire night has been and gone for another year, but it’s far from over for the families whose beloved dogs were left terrified by the loud noises made by the yearly fireworks display. In fact, one rescue dog tragically died from a heart attack brought on by the tumult – RIP.

Every year it’s the same story, and yet the annual fireworks displays rage on with no solid solution to protect these poor pets – until now.

In a bid to protect the scared pups, car maker Ford has designed a noise-cancelling kennel using the technology found in its cars and headphones to keep the sound out.

Sky News reports that the structure is a prototype for now – however, if (or should we say when) it makes it through the final design stages, the kennel stands a good chance of becoming a fixture in dog owners’ homes across the country.

And what with so many dogs suffering from stress and anxiety on bonfire night, we have no doubt that hundreds of pet owners will be hoping for the kennel to go into production.

The technology works by using microphones that detect loud noises – such as those made by fireworks – and playing opposing frequencies from speakers built into the structure, thus cancelling out the sounds you don’t want to hear. 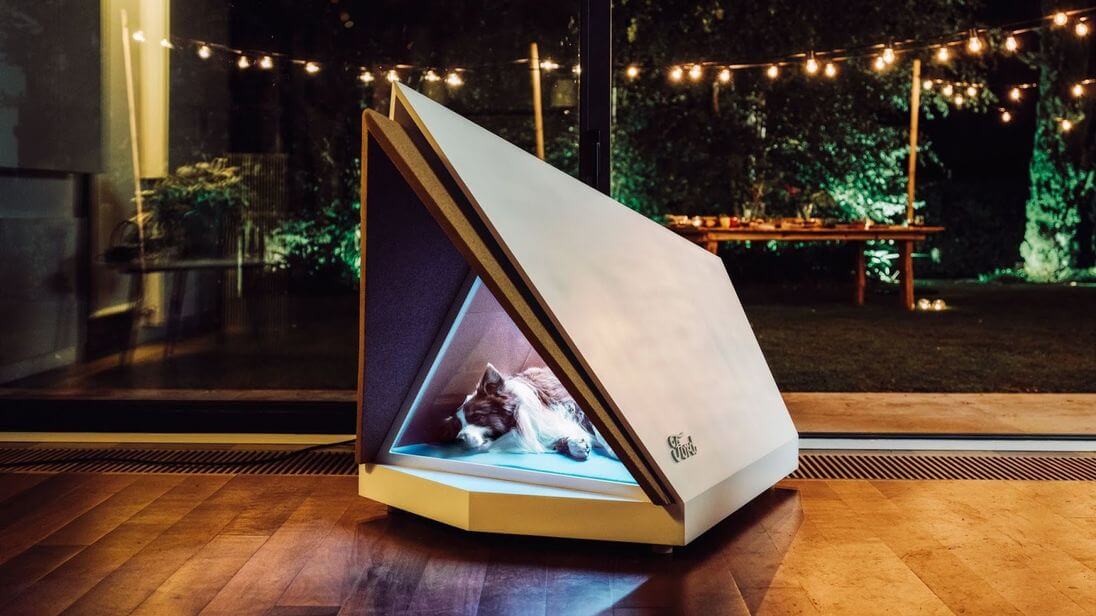 It also puts a stop to vibrations made from the loud bangs – and in this sense, it’ll provide peace and quiet for the doggos sat inside of the kennel.

Speaking to Sky News, Graeme Hall, aka the Dogfather – one of the UK’s most recognised names in dog training – said: “Many animals find fireworks scary – and compared to people, dogs can hear things that are four times further away and across a much wider range of frequencies.

“Preparing in advance of firework displays is the key – and part of that is to identify a place where your pets feel safe and happy.”

And where are they going to feel most safe? Inside this incredible kennel. Here’s hoping Ford get to work on introducing the invention to the high street and we can all go about investing in one to ensure our Rovers, Lolas, Charlies and Sadies are safe and happy next time bonfire night rolls around.