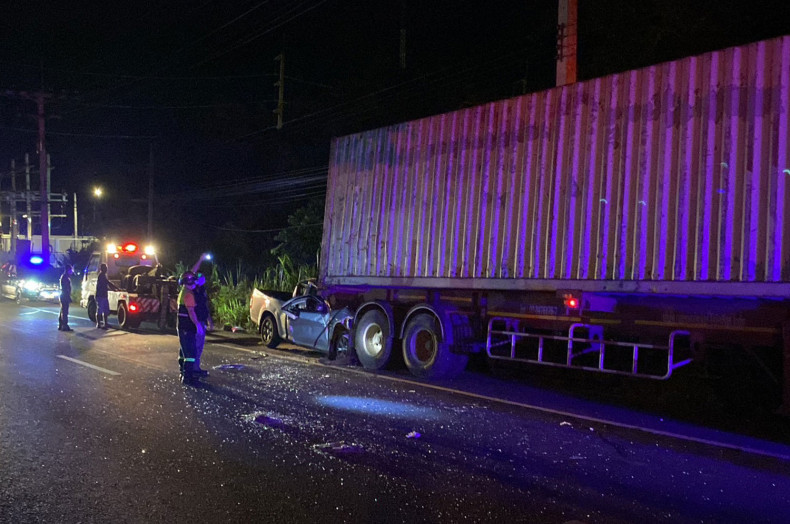 A couple were killed and their two children, aged 4 and 7, seriously injured when their pickup truck rear-ended a parked container truck in Sadao district in the early hours of Saturday.

The crash occurred on Kanchanawanit Road bound to Sadao border checkpoint, said Pol Capt Saichon Suparbcharoenkul, deputy investigation chief at Sadao police station, who was reported at around 2am.

Two people were killed and their 7-year-old daughter and 4-year-old son badly injured. They were trapped inside the wreckage.

Those killed were later identified as driver Hassabodi Thonngan, a 35-year-old territorial defence volunteer, and his wife whose name was not identified. The boy was found sitting on the lap of his mother. The injured were rushed to a nearby hospital.

According to a police investigation, the family was on the way to their house at Dan Nok village in tambon Samnak Kham of Sadao district when their vehicle suddenly rear-ended the parked truck.

The crash scene was dark, said police. Officers were tracking down the truck driver for questioning before pressing charges. 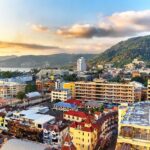 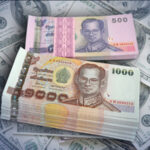