Home » ‘Everything stays the same’

Back as prime minister, general prayut returns to govt house in good cheer

JUNTA CHIEF General Prayut Chan-o-cha yesterday thanked parliamentarians and the general public for making him prime minister for a second term after a controversial voting session in Parliament on Wednesday night.

The general showed up at Government House as usual yesterday and appeared to be in a good mood. He even folded his hands in a wai upon meeting reporters and thanked them for support.

“Thank you, everyone,” Prayut said as he walked into the building for a meeting. “Everything stays the same.”

In a press statement, the re-appointed premier thanked the heads and members of both Houses for attending Wednesday’s vote and thanked the public for support in the March election.

Responding to critics who point out that the general’s victory was due to the support from his hand-picked 250 senators, Prayut said he had also won a majority vote in the lower house. Of the 500 votes he got, 251 came from MPs and 249 from the Senate.

Prayut insisted the Wednesday night vote had followed all the regulations, adding that he would do his best for the nation, religion, monarchy and the people.

He also thanked the 244 MPs who had voted for his opponent Thanathorn Juangroongruangkit, saying they had done their job to serve the people. However, he added, it was time for everybody to unite and work together for the nation and the people.

Once Prayut was reinstalled as premier, horse-trading among political parties within the bloc picked up speed. Agreements have yet to be made, even though key partners Democrat and Bhumjaithai have already voted Prayut in as prime minister.

Apparently, portfolios offered previously have been withdrawn, and the A-list ministries of Agriculture, Commerce and Transport are still going to the pro-junta Phalang Pracharat Party, sources said.

Other positions such as deputy prime ministers and deputy ministers will also be reconsidered, sources said, adding that influential figures in the bloc would become brokers of new deals.

Democrat leader Jurin Laksanawisit said yesterday that he believes Phalang Pracharat will follow the agreement that had been reached earlier.

When asked how the Democrats would proceed if Phalang Pracharat changed the plans, Jurin said he preferred not to say anything about that at this stage, reiterating that he believes everything should follow the initial deals.

With disagreements over the portfolio and the PM election showing that the pro-junta camp had only won by a slim majority, it is expected that a Phalang Pracharat-led coalition would have a short lifespan in Parliament.

Defection is a major threat facing the new government, and with only a few MPs changing their stance, the coalition could be severely impaired.

However, political scientist Wanwichit Boonprong said the pro-junta bloc was quite united and would not swing their votes.

Like the Democrats, the expert also believes Phalang Pracharat will give contentious ministerial positions to the partner parties to keep the bloc intact. The parties will also want to stay banded together and deliver what they have promised to voters in order to maintain public trust and their political image, Wanwichit added.

The political scientist also sees a slim chance of the Parliament getting dissolved. He said the latest developments have upset a lot of voters, adding that Phalang Pracharat will possibly not want another election and will try to drag on for as long as possible. 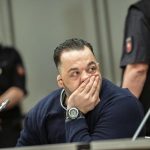 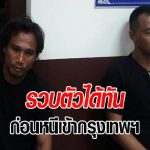