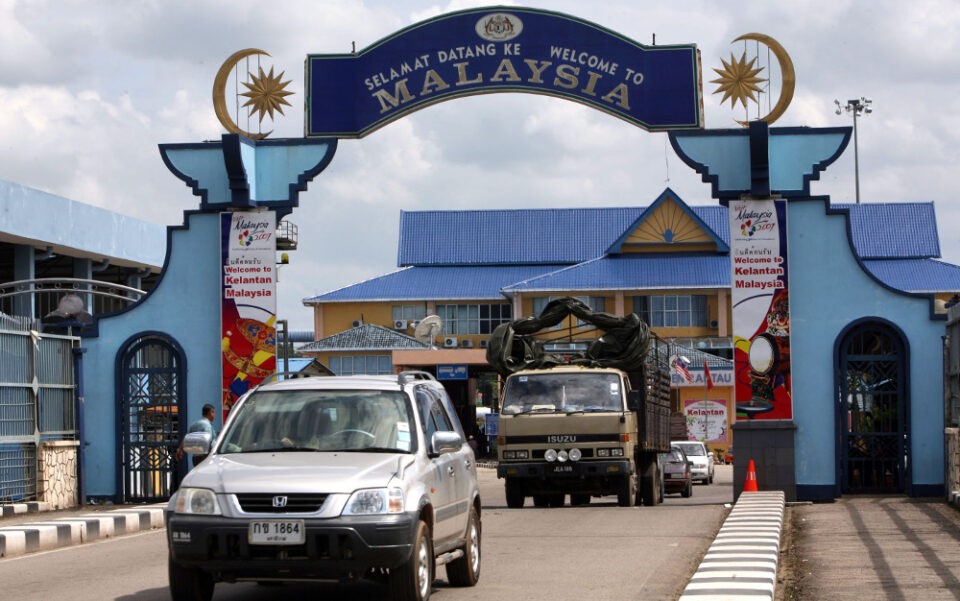 Thailand’s cross-border trade prospects received a boost when the Tak Bai and Buketa border checkpoints in Narathiwat were reopened yesterday.

Commerce Minister Jurin Laksanawisit said that the reopening of the two border checkpoints will help increase border trade activities between Thailand and Malaysia.

According to Mr Jurin, the reopening of the two border checkpoints will boost bilateral trade between Thailand and Malaysia by at least 600 million baht per year.

Businesses in the southern provinces near the borders can now export more products to Malaysia, he said.

Mr Jurin said the Commerce Ministry also aims to speed up talks to reopen additional checkpoints with neighbouring countries such as the Tha Sen checkpoint in Trat province and the Ban Nong Ian border checkpoint in Sa Kaeo province. Trade between Thailand and Cambodia is expected to grow if the two checkpoints are allowed to reopen, he said.

Thailand has reopened a total of 48 checkpoints, including those at Tak Bai and Buketa, with 49 still closed due to the pandemic.

Thailand’s cross-border trade, including transit trade, tallied 1.2 trillion baht between January and September, up 31.6% from the same period last year.

Transit trade involves the passage of goods through more than one country.

The drop was attributed to the pandemic and border checkpoint closures in an effort to curb the spread of Covid-19, in addition to the strong baht.

“Cross-border trade was very active this year, as in the first nine months we already achieved 778.3 billion baht,” said Mr Jurin. “For the remaining three months of the year, the ministry remains bullish about cross-border trade performance and believes the whole-year growth figures will outpace 3% in the previous projection.”

Mr Jurin recently predicted the overall cross-border trade, including transit trade, would grow by 4-5% this year.

The value of overall cross-border trade including transit trade is estimated at between 796.8 billion and 804.5 billion baht, up from the 789.1 billion baht predicted earlier.