The party of Turkey’s President Recep Tayyip Erdogan has lost control of the capital, Ankara, in local elections in what is being seen as a setback to his 16 years in power.

But both his AKP and the opposition claimed to have won the mayoralty of the largest city, Istanbul.

Nationally, the president’s AKP-led alliance has won more than 51% of the vote in the municipal elections.

“If there are any shortcomings, it is our duty to correct them,” he said.

Mr Erdogan had previously said the poll was about the “survival” of the country and his party,

The election came amid an economic downturn and was widely seen as a referendum on his leadership.

More than 57 million people in the country were registered to vote for mayors and councillors. 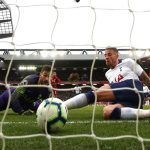