US President Donald Trump on Thursday said on Thursday that historic summit with North Korean leader Kim Jong Un will take place in Singapore on June 12.

“The highly appreciated meeting between Kim Jong Un and myself will take place in Singapore on June 12th. We will both try to make it a very special moment for World Pace,” Trump said in his tweeter.The location of the summit was speculated for weeks. Many places including Bangkok are mentioned as potential locations.Officials said that step removed the last major obstacle to the nuclear-focused summit, providing Trump with tangible evidence that his policy of engagement was reaping rewards.
The small Southeast Asian city state of Singapore has long acted as a bridge between the United States and China.The Trump-Kim summit has no precedent in US-North Korean relations. No US president has met with his North Korean counterpart while in office. 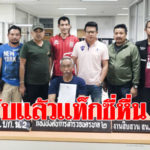