Six suspects have been arrested in nationwide crackdowns on child pornography websites, deputy tourist police chief Pol Maj Gen Surachet Hakpal said on Friday.
Surachet said five suspects from three networks carrying online child pornography have been arrested under warrants and their accounts led to an arrest of another suspect.
He said the suspects were arrested in Samut Prakan, Surat Thani and Ubon Ratchathani.
Surachet said police learned from one suspect, identified only as Oh, 29, that the networks had sponsors and had several websites.
The officer said police were tipped off by non-governmental organisations to carry out the crackdowns. He said over 500 child-porn websites have been blocked.
Anti-trafficking chief Pol Maj Gen Kornchai Klayklueng said pornographic websites were human trafficking crimes and most of the offenders are programmers or experts in doctoring photos.
Kornchai said sometimes young boys were duped into masturbating on webcams by offenders who pretended to be women and they recorded the clips to show on their websites. NTN – EP 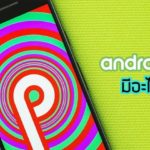