Kim Kardashian sure does post a lot of photos of herself, doesn’t she? But, unlike us, they’re never the straight-forward ones most of us mere mortals tend to post – you know, us and our mates at the pub, or the dog doing something funny and adorable.

Nope, Kim K likes to make sure things are pretty weird, as displayed in her latest post.

Sprawled out on her bed showing off her Yeezy Butter 350s, she captioned the photo: “Like butter.” 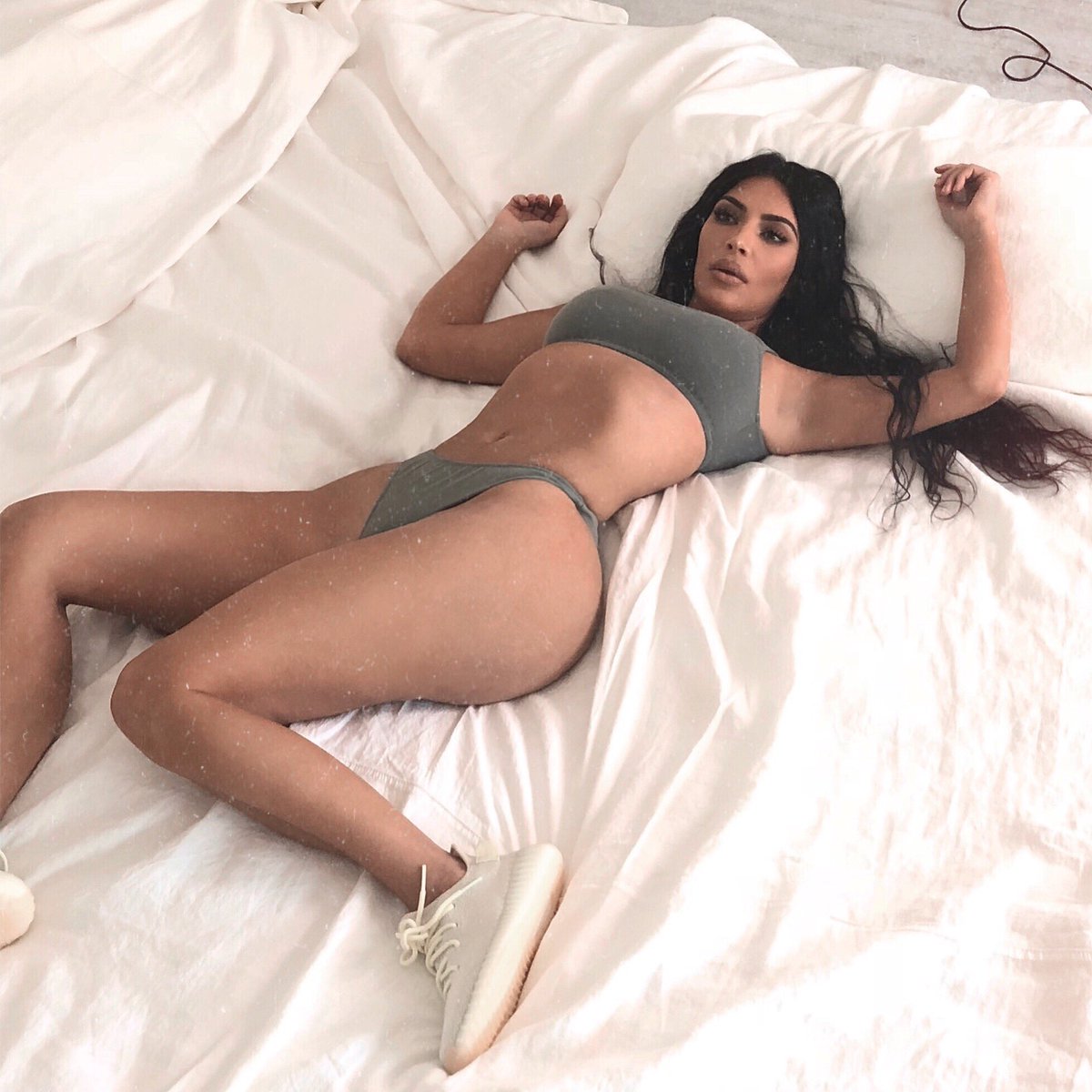 Others said it looked EXACTLY like what happened when the Toy Story toys have to play dead whenever Andy comes back in the room: 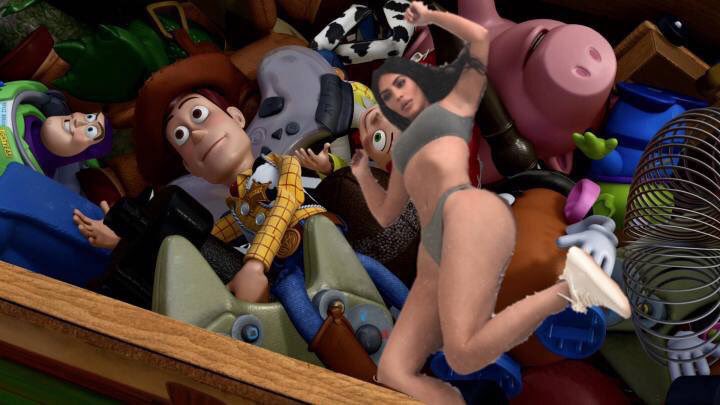 Others Photoshopped her onto a Twister mat, or into the finish-line at the San Francisco marathon, or knocked out cold by Muhammad Ali,or compared her to a photo of an old lady that’s just fallen out of bed..

Omg this looks like when Peter rolled on Lois while they were sleeping pic.twitter.com/MEMC8YelsX

It’s not the first time Kim’s snaps have provoked a bit of a backlash on social media. Ohhh no, far from it.

Earlier this year she wound people up when she posted a photo of herself wearing nothing but a thong and a fur coat.

More recently, she also faced criticism when she stripped off to promote her new perfume. While some defended the reality star, saying that women should be able to ‘show and do anything they want with their own body’, many were left wondering what her nudity had to do with the product she was promoting, and urged her to ‘be classy’.

Mind you, in spite of all of that, she’s probably got the last laugh… given that she reportedly made $5m in just five minutes after another recent perfume launch for Kimoji, which comes in Cherry, Peach and ‘Vibes’.