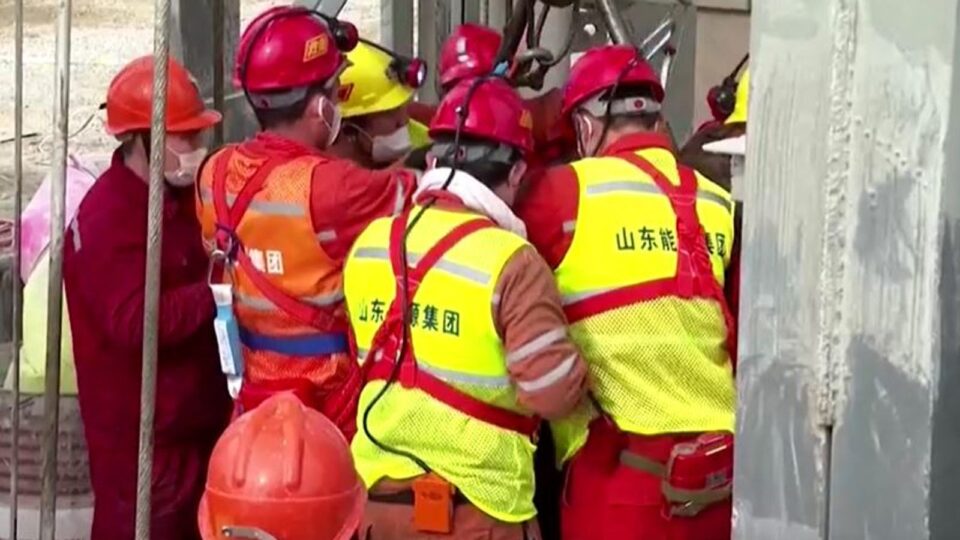 Rescuers in China have freed 11 gold miners who were trapped hundreds of metres underground for two weeks.

TV footage showed the first miner, who was blindfolded to protect his eyes from the light, being lifted out as emergency workers cheered.

Rescue efforts are continuing to locate another 10 workers still missing inside the mine.

The entrance tunnel to the Hushan gold mine in Shandong province collapsed after an explosion on 10 January.

A total of 22 miners were trapped in the blast, the cause of which is unknown. At least one died, and it is still not known if the remaining 10 are alive underground.

The first miner was brought to the surface on Sunday morning. He was blindfolded to protect his eyes from the light and was immediately taken to hospital for treatment, with his condition described as “extremely weak”.

About an hour after his rescue, 10 more miners were brought out from a different section of the mine. CCTV said one of the miners among this group was injured.

Several others were seen walking by themselves, supported by rescue workers, before being transported to hospital.

Rescue efforts have been sped up significantly, as a tunnel that was being bored out to reach the trapped miners was expected to take weeks to dig.

This first man to be rescued had been trapped in a different part of the gold mine to the main group of 10 – who have been receiving food and medicine for days.

The group told rescuers they had established communication with a lone miner about 100m below them, but had since lost touch with him. It is not clear if he was the first miner to be rescued or not.

Authorities have been unable to communicate with the 10 other miners who remain missing.

Mr Du said it was not yet known when rescuers would be able “to reach the Sixth Central Section [of the mine] where the missing miners are believed to be”.

How have the miners survived this long?

The entry into the mine was severely damaged and communication was cut off by unexplained explosion.

For a week, there was no sign of life. Then, on 17 January, rescuers felt a pull on one of the ropes they were lowering into small shafts leading down into the dark.

A paper note was then sent up on a rope from a group of 12 surviving miners – 11 trapped in one place and a 12th trapped further below.

After that, the contact with the 12th miner was lost, while one of the group of 11, who had fallen into a coma after sustaining a head wound in the explosion, was confirmed dead on Thursday.

A communication line was then established and food and medicine lowered to them through a narrow shaft.

Trapped in the dark some 600m (2,000ft) underground, the survivors managed to keep in regular contact with the rescue teams.

They received porridge and nutritional liquids, and a few days before their rescue, the miners requested a traditional meal of sausages. 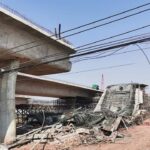 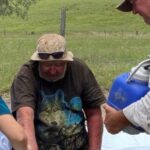