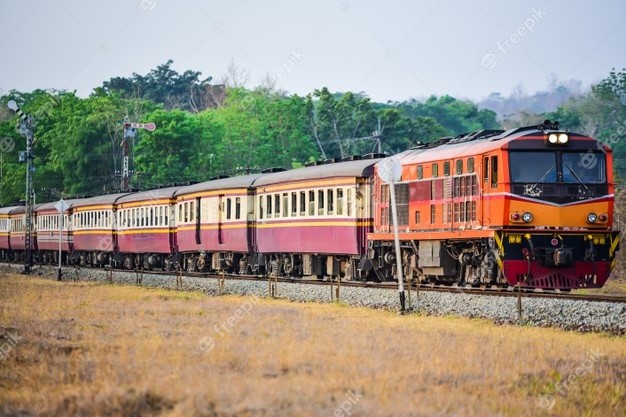 Southbound trains to Narathiwat were being terminated in Yala on Monday after gunmen damaged a passenger train’s braking system in Yala’s Raman district on Sunday.

Only rapid train services 171 and 172 were operating as usual.

Panavech Chanhin, the train driver, said the train had left Rueso station and was passing kilometre marker 1065 when gunmen hiding in trackside bushes opened fire at the locomotive.

He heard the shots, hunched down out of sight and kept going to Balo station, which was a short distance ahead. He said territorial defence volunteers on board the train returned fire.

Mr Panavech said it was clear to him the train’s braking system had been damaged, but he still managed to bring it to a halt at Balo station. Police and soldiers were rushed to the station.

An examination revealed that six shots had hit the locomotive on the left side, causing damage to an airbrake line. One shot also hit the first passenger car, but nobody was hurt.

Following Sunday’s attack, on Monday all local trains between Hat Yai in Songkhla and the three border provinces of Pattani, Yala and Narathiwat were being halted at Yala station.

Only rapid trains Nos 171 and 172 between Bangkok and Sungai Kolok in Narathiwat continued to operate.

The State Railway of Thailand labour union, Hat Yai branch, issued a statement calling for all concerned to step up security measures for passengers and train staff.

On Aug 28, a bomb exploded as a train carrying agricultural products approached a railway station in Narathiwat. The train was damaged. Gunshots were fired at one carriage. There were no casualties.