A VILE trafficker who forced migrants into sex slavery has won the right to stay in Britain.

Romanian Ildiko Enderle, 45, was on Europe’s Most Wanted list after she fled justice and spent five years on the run.

She was arrested in Manchester after being tracked down by an undercover cop from her homeland.

But a judge has blocked her removal after being told the threat of a long jail term has affected her mental health.

“It is incredible that she will avoid serving her sentence because a judge appears to put her welfare ahead of the young women she so cruelly exploited.”

Enderle’s gang lured young women, including a girl of 15, with the promise of a new life, food and digs in Germany.

Instead they were taken to the Czech Republic and forced to work as prostitutes in a nightclub called Lady Bar 69.

Enderle fled a Romanian court after being sentenced to seven years in jail. Four European arrest warrants were issued in her name.

Two years ago she was traced to Rusholme, Manchester, where she was living under a false name with her husband.

She told police her daughter was also living in the UK.

Westminster JPs ordered Enderle to be extradited to Romania to serve her sentence.

But she told the court she was suffering from anxiety at not seeing her daughter or partner again.

But he said extradition would be too “oppressive”.

Over 200,000 migrants have been stopped this year and 17 criminal gangs dismantled.

Yet despite more than 400 arrests only 65 convictions have so far been secured. 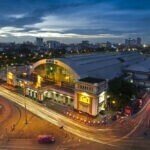 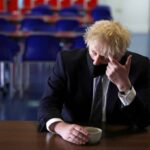