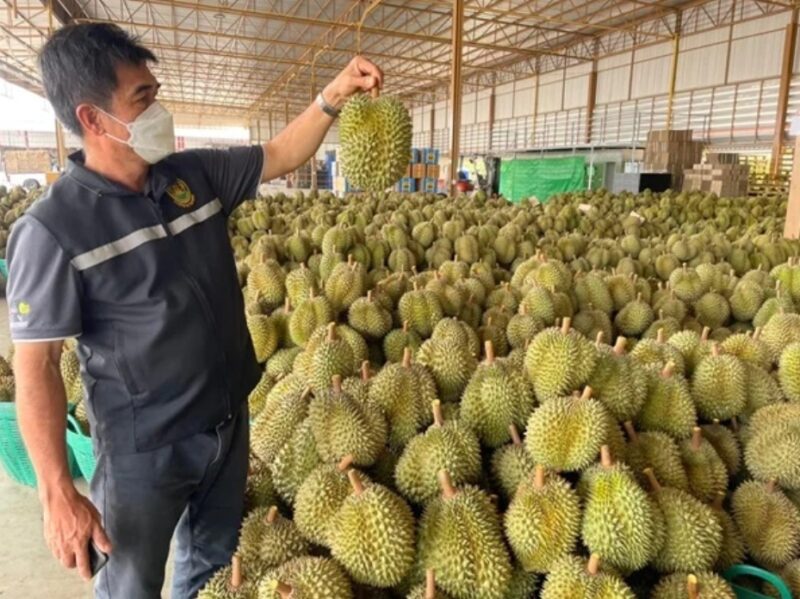 The head of a task force, responsible for cracking down on the trade in unripe durian, claims that his abrupt transfer was engineered by a group of unscrupulous durian exporters, following his unit’s success in restoring the reputation of Thai durian, which had been tainted by unripe fruit entering the market.

Chonlatee Numnoo, head of the “Leb Yiew” (hawk’s claw) task force and director of 6th regional office of the Office of Agricultural Research and Development, told Thai PBS that his reassignment to director of the Plant Standard and Certification Division is neither an off-season transfer nor a move to fill a vacant post, but a swop of positions “without prior notification or discussion.”

He claims that his transfer might affect the operations of the task force, which has been cracking down on the trade in unripe fruit for the past two years.

Thailand’s main durian harvest commences in March and peaks in mid-May and June. Prices are highest in the early part of the season, while the harvest volume is still low, providing an incentive for unscrupulous farmers and traders to harvest and distribute their durian before they have reached an appropriate stage of ripeness.

China is Thailand’s largest durian export market and durian are China’s biggest fresh fruit import, in terms of both volume and value. In 2021, China imported 822,000 tons of durian from Thailand, worth US$4.21bn.

Chonlatee said that the dedication of his team has hurt the unscrupulous traders, who probably want him out of their way.

He disclosed that, on several occasions, when his task force impounded a large shipment of unripe durian bound for China, the trader concerned would tell his men that the shipment belonged to “some politicians”.

He also said that his main concern now is not only unripe Thai durian, but some traders have been importing cheaper and inferior fruit from Vietnam and then exporting them to China, labelled as Thai durian.

Durian farmers and exporters from 16 organisations showed up last week to offer moral support to Cholatee after they learned about his transfer. They also expressed concern that his transfer might impact future durian exports to China.

Thailand is, for now, the only country approved to export fresh durian to China, although Vietnam and Cambodia are also pursuing market access.

Chonlatee Numnoo, head of the “Leb Yiew” (hawk’s claw) task force and director of 6th regional office of the Office of Agricultural Research and Development 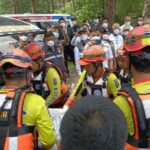 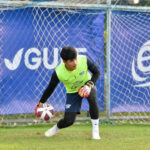