A senior tourism official on Friday denied news reports that the government is preparing to extend its cash giveaway program to include foreign visitors.

Speaking in an interview just a day after tourism minister Pipat Ratchakitprakan mulled handing out the cash to tourists arriving at Thailand’s airports to stimulate spending, Tourism Authority of Thailand governor Yuthasak Supasorn said it was just a “misunderstanding.”

“We’re not giving out cash coupons to foreign tourists,” Yuthasak said. “The ministry was only trying to paint a picture of his plans to reporters at a reception. It’s a misunderstanding and he didn’t mean that.”

According to multiple news reports, Pipat the tourism minister told reporters he will propose more than 10 measures to boost tourism, which is crippling from the surge of baht value in the past months, when the Cabinet’s economy team meets on Jan. 31.

One of the proposals, he said, would be similar to the government-sponsored “Chim, Shop, Chai” program, in which Thai citizens who sign up for the scheme receive 1,000 baht spending credit and a 20 percent cash rebate for their purchases. He said the program would be extended to cover foreign tourists visiting Thailand.

While Yuthasak, the Tourism Authority governor, said the government is not seriously planning on rolling out that proposal, he said other measures to boost tourists’ spendings are in the works.

Yuthasak also cited the baht currency appreciation as a major hurdle to the tourism industry; he estimated that the industry would only grew 4 to 5 percent last year, halved from the target of 10 percent.

But a prominent tourism business guild said a cash handout might work. Vichit Prakobgosol, president of Association of Thai Travel Agents, said the government should enact the proposal.

“Many countries have done something like this in the past, like South Korea for example,” Vichit said. “Cash coupons would encourage tourists to spend. When people spend, they wouldn’t spend just that amount, they would spend more, and more.”

He also urged the government to come up with more measures than just giving away cash.

“The government should also consider visa waiver programs to tourists from certain countries,” Vichit said. “Many countries are gaining advantage over us, and we have to compete to maintain our position.” 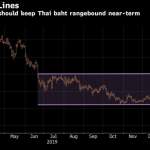 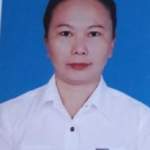 Mark KellyFebruary 19, 2020
The National Broadcasting and Telecommunication Commission (NBTC) has ordered True to compensate its customers in...
END_OF_DOCUMENT_TOKEN_TO_BE_REPLACED