Tottenham Face Brighton Tonight Still Holding On To Third Place Despite Not Winning An Away Premier League Game For More Than 90 Days! But It’s Three From Three in Their New Home. Team News. Manager Comments. Stats, And Prediction.

After Tottenham’s tripleheader with Manchester City, interrupted briefly by a visit from Huddersfield, it’s time to get back to the nitty gritty against Brighton. Chris Houghton’s side are on a horror run and have failed to score in five games. Shots on target are pretty much a rarity as well with none in the last match against Wolves.

Tottenham’s keeper Hugo Lloris is struggling with a muscle injury but the question has to be asked. Do they need a keeper? With no goals in their last five games, and no shots on target in their last game, do they pose any kind of a threat? 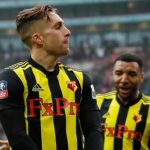