Spurs have dug deep in recent weeks to claw out wins against Fulham, Watford, Newcastle, and Leicester in difficult circumstances. Without injured Harry Kane for all those games, and later Deli Alli, four wins out of four might not have been expected. At times they have not have been that great to watch but winning ugly is all part of the game.

Son has really stepped up to the plate during the last three months, slightly interrupted by the AFC Asian Cup in United Arab Emirates, and help keep Spurs in the top three. Before joining Spurs, from German Bundesliga side Bayer Leverkusen for £22 million in August 2015, he’d spent more than five years in Germany and played against Dortmund a few times. His overall record against them is eight goals in ten matches.

Eric Dier, who missed the Leicester game due to illness, is back in the squad with Erik Lamela who missed that game with a back injury. Danny Rose has a shin injury which makes him a slight doubt for this one.

Longer term injurie to Harry Kane (ankle), Dele Alli (hamstring) and Ben Davies (groin) means they all miss out but two of those three could be ready for the second leg.

In the Bundesliga Borussia Dortmund are sitting in first place, five points in front of nearest rivals Bayern Munich, and they’ve only lost once against Dusseldorf back in December. They topped their Champions League with 13 points loosing just one game away to Atletico Madrid.

Born in Camberwell, London the 18 year old Sancho will be watched closely of English eyes with hopes that he can perform on the international stage for years to come. At youth level he represented England 34 times scoring 23 goals. Since his 2017 move to Dortmund, from Manchester City, he’s represented the full English side three times.

Note: At 18 he’s still a bit forgetful and arrived at the airport for this game without his passport which delayed his teams flight!

This is a big test for Spurs and one that could be too much although Mauricio Pochettino’s men have proved their tough mentality during the last few weeks. 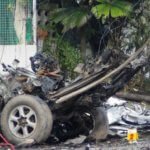