With cigarette sales expected to decline due to a sharp hike in taxes, the Tobacco Authority of Thailand plans to help tobacco farmers switch to cannabis cultivation.

Authority director Daonoi Suttiniphapunt said an excise tax being introduced next October would boost the price of a pack of cigarettes by 30-40 per cent to at least Bt93.

That will lead to a decline in consumption, she predicted.

She said the authority would counter with roll-your-own tobacco, which is subject to a lower tax rate.

It expects 19 billion cigarettes to be produced this year, the same as last year, but profits are likely to shrink Bt400 million-Bt500 million from last year’s Bt900 million and Bt9.8 billion in 2017.

Daonoi said the authority would support its tobacco growers if they wish to switch to marijuana, the cultivation of which has now been legalised for medical purposes. 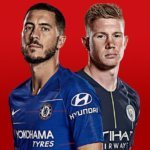 Manchester City vs Chelsea League Cup Final At Wembley – Will He Or Won’t He This Time Play Into City’s Hands! Or Will The Sarri Ball Find Wembley Magic!