Home » “She took my money, my truck, and my heart” says farmer 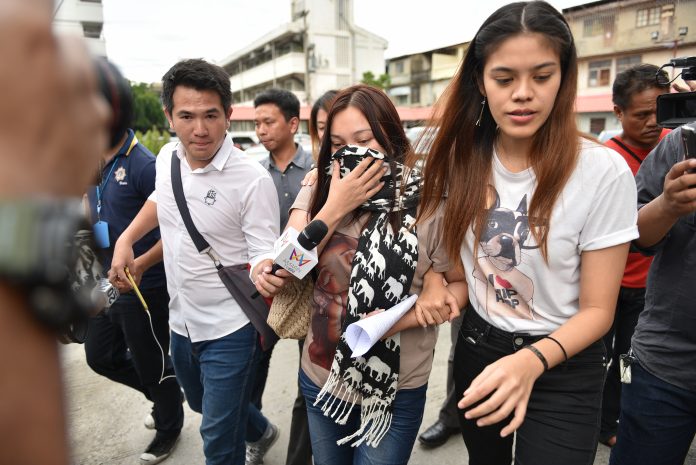 “She took my money, my truck, and my heart” says farmer

A farmer recounts how the, now infamous runaway Thai bride who married multiple men before stealing the dowries, stole his money, but more importantly, his heart.

Looking back, farmer Pairat Pungsook realized something wasn’t quite right with his wedding.

First, he broke the bank to front the 180,000 baht asked for by his bride (bargained down from 200,000 baht and about 60 grams of gold). Their nuptials, held inside a rented house in northern metro Bangkok, were eerily quiet – no festivities, food or people – and over quick.

“I couldn’t believe that was a wedding. There were no Chinese roundtable meals or even guests,” Pairat, 29, said.

After the ceremony, his new wife said she had to borrow his black Toyota Vigo to haul some fruit for her orchard company up in Phitsanulok province. Pairat, fresh from his ceremonial oaths, did not wanti to disagree with his blushing new bride. He agreed and took a bus back home to his home province of Petchabun.

He never saw her again.

Pairat recounted his sad tale to reporters Tuesday as his bride-not-to-be, 32-year-old Jariyaporn “Nammon” Buayai, languishes behind bars for allegedly conning him and 12 other men for dowry money.

“I have nothing left, all the money I got from farming. Everything is going toward paying the debts for that wedding,” Pairat, who turned out to be Nammon’s eighth husband, said.

Nammon is accused of marrying 13 different men and making off with their dowries in provinces across Thailand. She is currently being held at the Pathum Thani Provincial Prison.

As of Wednesday, six days after her arrest, Nammon has not posted bail and has had no visitors.

Nammon’s alleged exploits were first publicized on a Facebook post based on complaints by four men she allegedly married in August alone.

Nammon used to work in local government in Loei province before being fired in 2011. That’s when she is accused of beginning her dowry deception. According to police, Nammon said she would chat up men over Facebook, have sex with them and then tell them she was pregnant, prompting them to propose. She would then tell the men she’d had a miscarriage and run off to another province with the dowries to start the whole thing again.

“The men were dumb enough to want my money,” Nammon said at a police press conference Friday.

Nammon allegedly took her scam on the road to Loei, Chumphon, Pathum Thani, Chanthaburi and Rayong provinces. Courts in five provinces have issued warrants for her arrest since Sept. 5 for fraud, theft and document forgery.

Nammon was arrested Thursday in Nakhon Pathom by Col. Thongchai Yuugate of the Crime Suppression Division Police, who found her with her latest husband, Kittisak Tontiwiwatanakul. He was also arrested on separate charges of alleged fraud.

Police confiscated an air conditioner and a Toyota truck – allegedly the same one Nammon stole from Pairat.

On Tuesday, Nammon’s parents Boonliang Buayai and Samrorng Buayai were interrogated by police by over five hours. Boonliang had to explain that the gold chains he had around his neck were not from Nammon’s scams, but gold knockoffs he bought at a market.

“I want to tell my daughter that, if you did wrong, you have to be responsible for it. No one can help you, not even your parents,” Boonliang said. “No matter what evil things she did, she’s still my daughter and I love her. I want her to be a good person.” 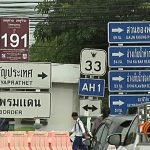