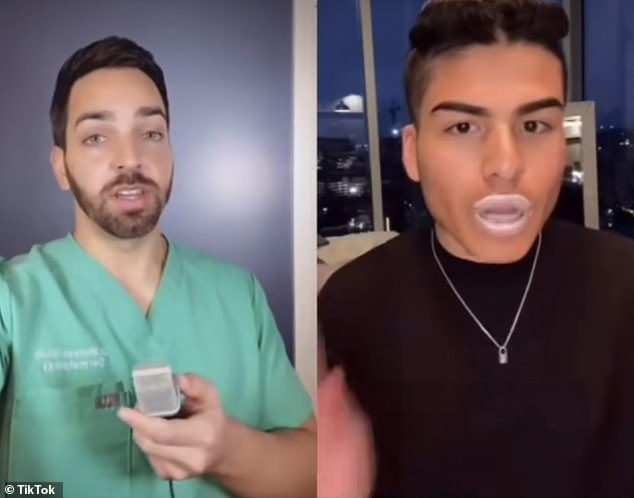 TikTok videos should come with a disclaimer. (video below)

Doctors are warning people against using erectile dysfunction creams on their lips after a TikTok user’s video went viral.

In a clip posted late December, TikTok user Jerry Mal films himself smearing an unspecified erection cream on his lips.

“So recently I saw a movie and this girl put erection cream on her lips and it made them really big so I wanted to try it,” Mal said in the video that has been viewed over 3.5 million times.

According to the comments from other TikTok users, the film he was referring to is the Lucy Hale film called A Nice Girl Like You, which was released on Netflix last year.

“It kind of tingles. It doesn’t feel terrible, but we’ll see,” Mal said as he slathered the white cream over his lips.

Mal then shows off his noticeably plumper lips, telling viewers he’s had the cream on for five minutes.

He would have waited five more minutes before wiping the cream off, but told viewers that he decided to wipe the cream off because it was “burning really bad.”

Though Mal acheived the beauty result he wanted from the erection cream, dermatologists and cosmetic surgeons say the unorthodox beauty treatment is unsafe.

Dermatologist Dr. Muneeb Shah, who goes by the name Derm Doctor on TikTok, addressed Mal’s lip plumping procedure with a TikTok video of his own.

“I don’t know exactly which cream is being used in the video, but all erection creams work by using vasodilation, which increases blood flow to a given area,” Shah said.

“Increased blood flow will lead to swelling of the area. It takes about 15 minutes to work and it lasts for about an hour. So, all the benefits of plumping will be completely temporary.

“Also, these creams were not made to be ingested or consumed by mouth and this probably not safe if it’s ingested. It does work, but I would not recommend it.”

British cosmetic surgeon Dr. Ross Perry of Cosmedics Skin Clinics told the U.K.’s Metro that the treatment is “utterly ridiculous and can be extremely dangerous for a number of reasons,” warning of a possible allergic reaction and side effects. 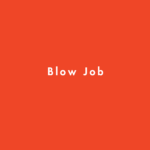 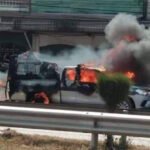