Three British ex-special forces troops are feared dead after Russia escalated the Ukraine war with strikes on a military base close to the Polish border.

The three men were killed instantly in the blast at the Yavoriv base, a source has reportedly claimed.

Ukrainian officials have said the attack killed 35 people and left 134 wounded – but new reports allege the death toll may stand closer to 100.

The International Centre for Peacekeeping and Security near Yavoriv has long been used to train Ukrainian soldiers, often with instructors from the United States and other Nato members.

It is unknown which part of the special forces the alleged victims used to serve in, but it’s believed they were not part of the foreign fighters unit undergoing training.

The unidentified source told The Mirror: ‘There were many more killed within the site than has been claimed and bodies are still being found.

‘I do not believe the three British ex-military personnel would have known anything about it, fortunately.

‘This is extremely sensitive as there are believed to be no serving British military personnel inside Ukraine as politically that would be extremely controversial.’

The Ministry of Defence has confirmed no serving personnel were killed or injured in the explosions yesterday.

An urgent investigation has been launched by the UK Foreign Office, reports say. Sources apparently said they didn’t know of any British casualties.

Metro.co.uk has contacted the Foreign Office for more information.

It comes as a pregnant woman whose image went viral after Vladimir Putin’s forces attacked a Ukrainian hospital died along with her baby.

Meanwhile, at least one person has died and several injured after Russian forces shelled an apartment block in Kyiv. 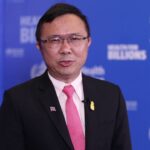 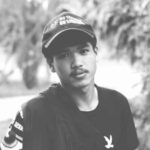